Koch brothers are out to conquer the countryside 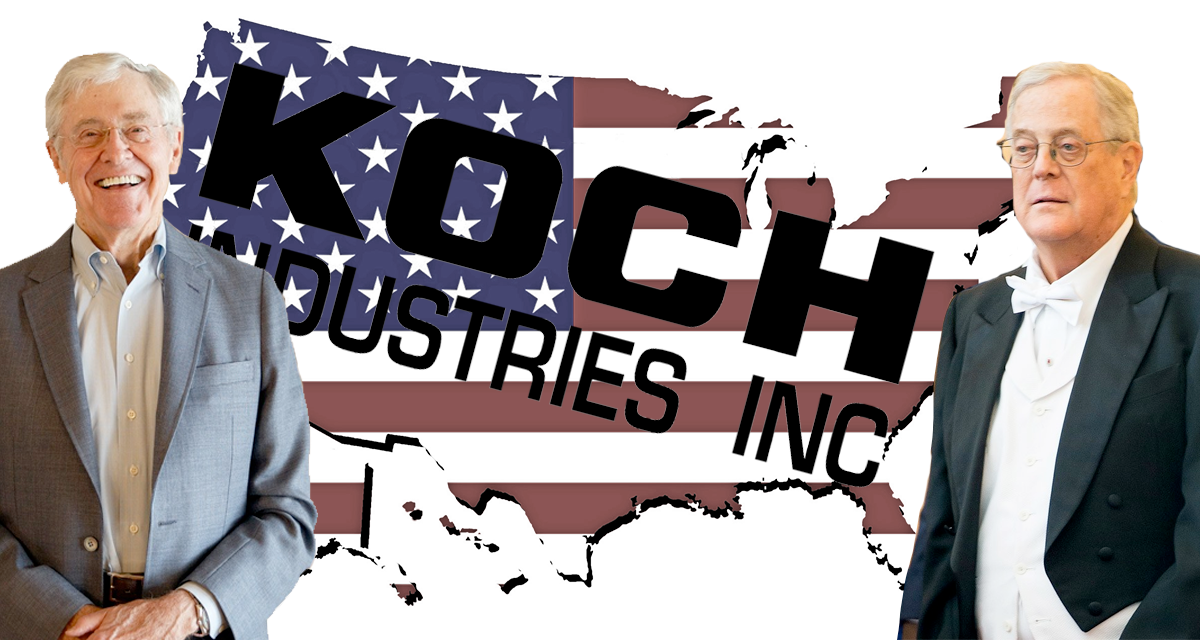 It’s easy to become mesmerized by The Donald Show in this year’s political circus, but it’s time for progressives to focus on the outer rings, where the Koch brothers, American Legislative Exchange Council (ALEC), and their corporate cohorts have laid siege to our state governments.

It’s not a coincidence that such a large flock of corporatists and right-wing ideologues now roosts in state offices and keeps pushing exactly the same anti-people rhetoric and tactics. Nor is their lockstep embrace of identical corporation-enthroning proposals the result of small minds thinking alike. More than a firefight here or an ambush there, the Koch-ALEC cabal have launched a massive, coordinated maneuver to conquer the countryside. If you doubt that the strategy has gone local, consider this fact: Even though the Kochs did not back a presidential campaign and said that they were concentrating on only a half dozen US Senate races last year, they deployed 1,600 paid political staffers into 38 states to drive elections and policy campaigns.

This is why we must pay attention: Donald Trump is not the only – or even the biggest – danger to our democratic republic. As Arn Pearson, general counsel of Center for Media Democracy, warns: “There are a lot of different parts of the Koch machine pulling on this oar. From their think tanks up through their elected officials, they’re pushing on it. Hard.” You might think this is madness, but madness – spurred by plutocratic greed – is the new American political reality. Just being progressive won’t stop it. We have to get aggressively progressive to confront and defeat the Kochheads in our states.

Rolling back the effects of the continuing decades-long attack on America’s ideal of the common good will take some work. To get started, check out Center for Media Democracy.