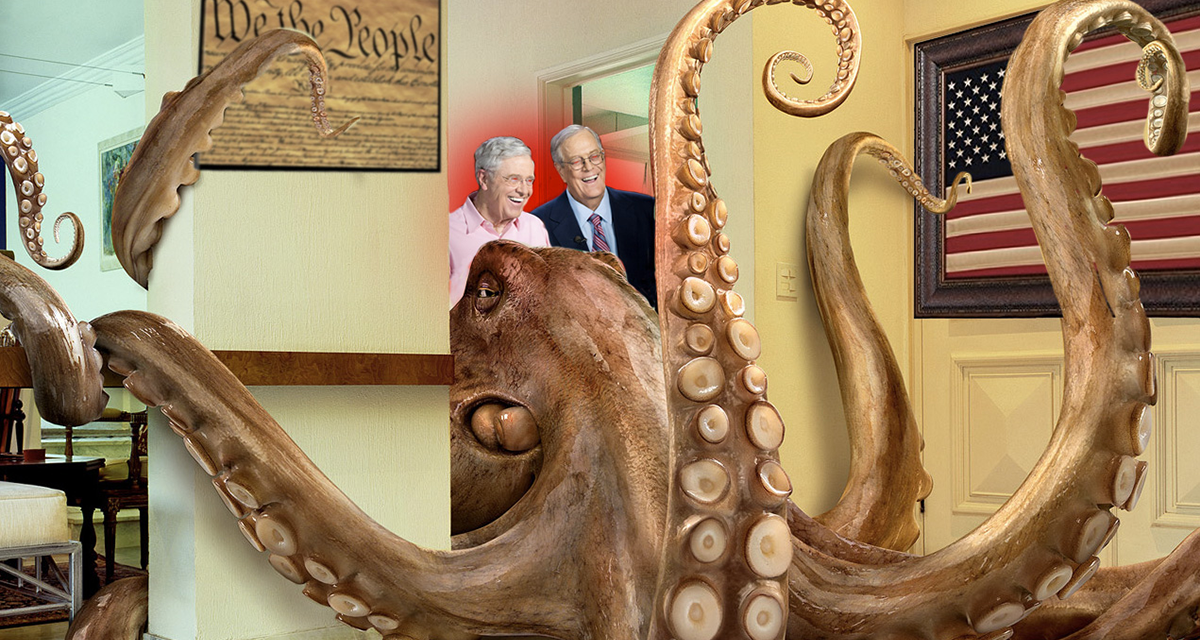 The Koch brothers extremist political agenda of empowering multinational corporation’s to reign as sovereigns over the majority will of the people has always been inextricably entwined with the profiteering agenda of their wholly-owned, $100-billion-a-year, industrial conglomerate.

The brothers’ plutocratic view of business-as-government even has a name: Pompeo. As in Mike Pompeo, the Trump regime’s latest secretary of state.

Years ago, while living in the billionaire brothers’ hometown of Wichita, Kansas, Mike got lucky when they pumped a load of Koch capital into a business he’d started, turning him into a millionaire. Then, they partnered with him in another business that essentially made him a Koch Industries subsidiary. In 2010, they turned this business asset they’d created into a political asset, providing the money from KOCHPAC and the backing of their right-wing front group to elect Pompeo to serve as “The Congressman from Koch.” The brothers even installed a Koch Industries lobbyist to run his congressional office.

So, Mike’s been a loyal Koch-head, conferring with them and backing bills to advance their corporate and political fortunes. Their investment in Mike became a bonanza last year when he became Trump’s yes-man as the head of the CIA. And now, they’ve hit the political jackpot, with Pompeo becoming head of the State Department. On everything from international oil deals that profit multinational giants like Koch Industries to supporting the brothers’ relentless opposition to all global efforts that would restrict fossil fuel profiteers from causing more climate change. The Koch’s personal political insider is now their global corporate asset.

This is Jim Hightower saying… To keep up with how Mike converts Koch-headed corporatism into US foreign policy, go to https://www.prwatch.org/topics/koch-exposed.

“The Koch Brothers Get Their Very Own Secretary of State,” The Nation, March 13, 2018