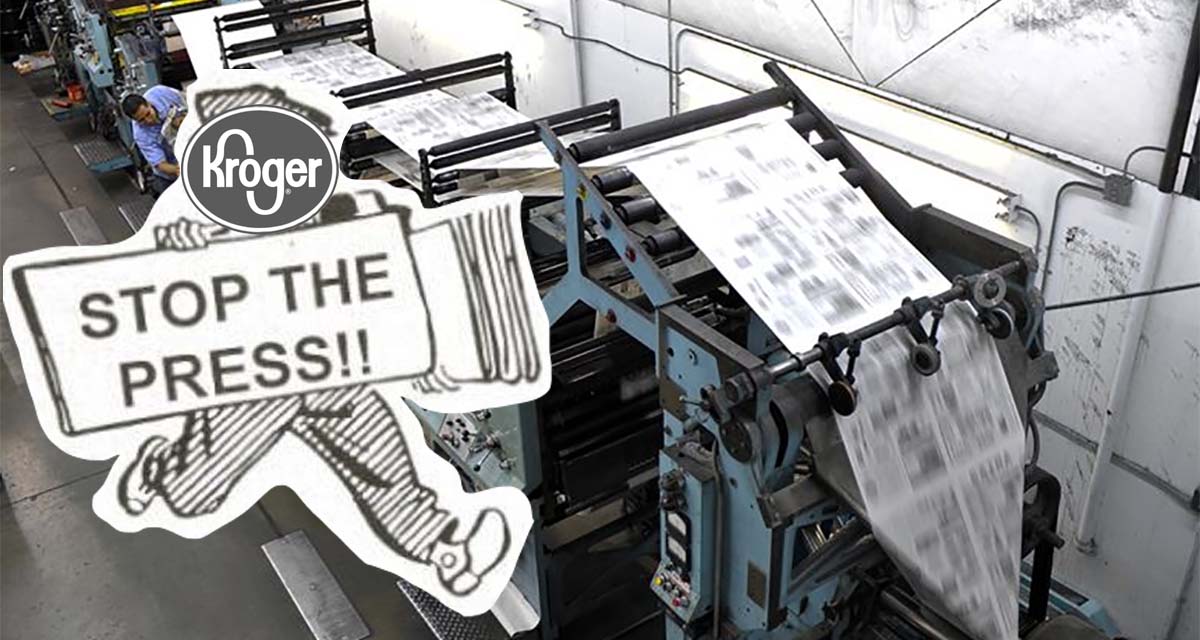 Like most politicians, corporate executives never do anything wrong. If anything wrong does “happen,” it’s always someone else’s fault.

That’s been the gutless ploy of Kroger supermarket honchos who recently yanked all local newsweeklies and community papers out if its stores. When a firestorm of local protests reached all the way to the mega-chain’s Ohio headquarters, executives quickly named the villain who banished the papers: The papers themselves! They failed to keep up with the digital age, said Kroger bosses, so shoppers no longer pick up the free papers.

BOVINE EXCREMENT! While it’s true that chain-owned daily newspapers are losing readers after shriveling their coverage and jacking up their prices, more readers have turned to free local independent weeklies to fill the print-news gap. In Lansing, Michigan, for example, media audits show that Kroger shoppers alone have nearly tripled the pickup rate of Lansing’s alternative weekly since 2012.

Kroger’s nationwide edict is a case of corporate conceit at its most stupid. It was issued from Kroger headquarters with no warning and no consultation (much less negotiation) with the papers or communities. It didn’t have to be so inept and ugly – and now Kroger’s executives have gone into hiding, petulantly refusing to meet or even return phone calls to the people they’re hurting, apparently hoping the furor will just go away.

That’s truly stupid. Indeed, a group of indy papers has now launched a national campaign to call out Kroger’s executives, literally rallying us supporters of independent local news to give them our two-cents-worth. Call toll-free to 1-800-KROGERS (576-4377), then press 3 for “store experience” to speak to a manager – and demand that they restore the free press to all of their stores.