Why would you let Jeff Bezos inside your home? 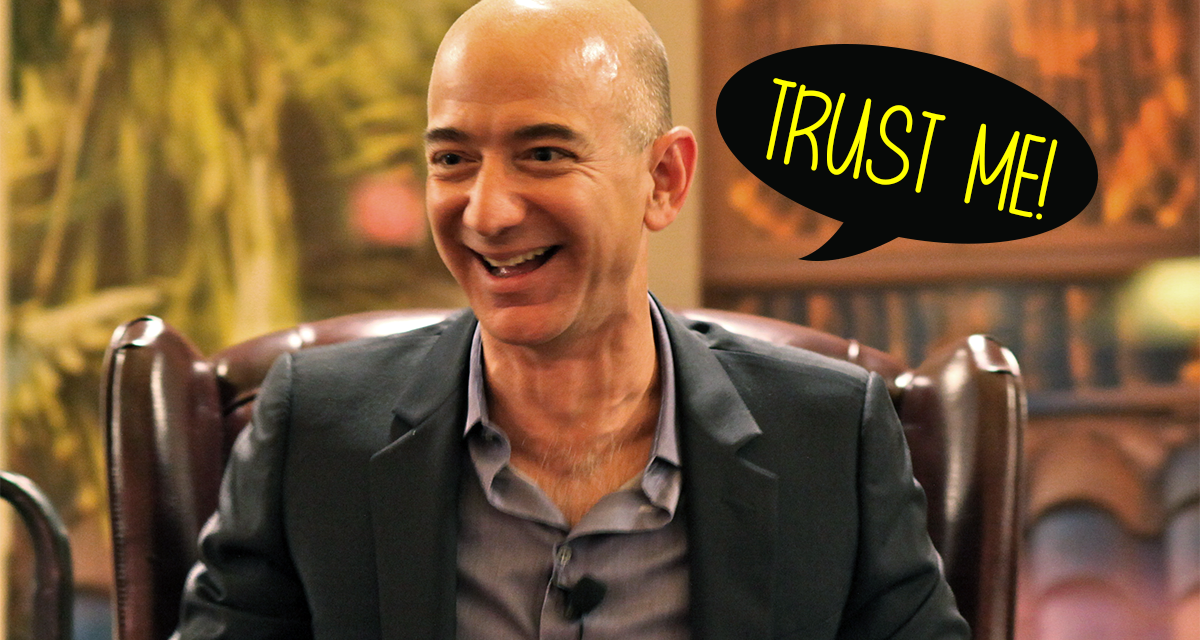 Jim Hightower's Radio Lowdown
Why would you let Jeff Bezos inside your home?

Would you give your house key to a complete stranger, letting that person (whose name you don’t even know) walk right into your home when you’re not there?

One stranger who’s brazenly asking you and millions of other people to do just that is Jeff Bezos. He’s head honcho of Amazon, the e-commerce behemoth, whose vast supercomputer network routinely compiles and stores dossiers on every one of his customers. He’s obsessed with having the most data on the most people – it’s a little creepy.

Now, adding to the creep factor, Jeff literally wants Amazon to get inside your home – and, ironically, he’s using “security” as his rationale. Rather than simply delivering the products you order from Amazon to your doorstep, the corporation wants a key to unlock your door, allowing its delivery crews to go inside and do you the favor of placing the packages securely in your abode.

What could possibly go wrong with that? Other than you being robbed, of course, either by rogue Amazon employees or by hackers who will certainly gain access to the corporation’s computerized key codes. Or maybe “Crusher,” your Pitbull, mauls the Amazon intruder and you get sued.

Need I mention that Bezos expects you to pay for the privilege of having his employees enter your home? First, his dicey, open-sesame program, which he calls “Amazon Key,” is available only to customers who shell out $99 a year to be “Amazon Prime” members.

Second, you must buy a special internet-unlocking gizmo and a particular camera to join his corporate key club. And guess where you must go to buy this entry technology? Yes, Amazon – where prices for the gizmo and camera setup start at $250.

What a deal! For Amazon, that is. Bezos’ real goal (indeed, his only goal, always) is not to get inside your home, but inside your wallet.