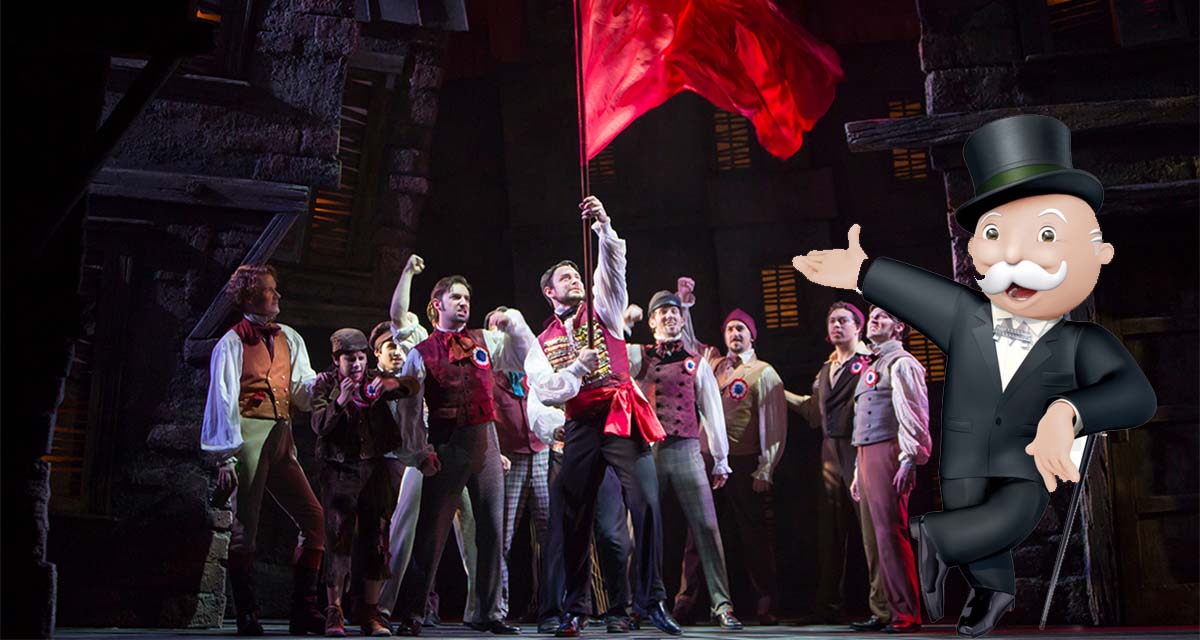 Yes, we’ve now been joined by the CEOs of JPMorgan Chase, Walmart, Amazon, and nearly 200 other giant corporations. They’re members of the Business roundtable (the chief lobbing front for America’s biggest corporations), and they’ve declared their solidarity with all of us by issuing a grand declaration titled “Statement on the Purpose of a Corporation.” For 50 years, that purpose has been ruthlessly clear: Maximize their investors’ profits, no matter who or what they have to run over. But now, the barons of big business are putting on a softer face, proclaiming that their “fundamental commitment” is not merely to serve shareholder greed, but also to benefit workers, reduce inequality, protect the environment, etc. It’s corporate kumbaya, y’all – solidarity forever!

Alex Gorsky, CEO of Johnson & Johnson, was designated to write the Roundtable’s new declaration of concern for the common people. He later expressed an historic sense of pride in the task: “There were times when I felt like Thomas Jefferson,” Gorsky gushed.

But wait – this is the guy who presided over Johnson & Johnson’s profiteering role in spreading deadly opioids throughout America. An Oklahoma jury just assessed a half-billion-dollar fine on his corporation for foisting the opioid horror on the common people he now professes to love.

So forgive me for not believing for a moment that there’s one iota of sincerity in this sudden assertion of egalitarian sentiment by the soulless organizers of today’s corporate plunder. They’re still going to plunder your unions, paychecks, jobs, health, environment, and overall well-being. The only difference is that they now want you to think they feel badly about it.