What does it mean to “gig” American workers? 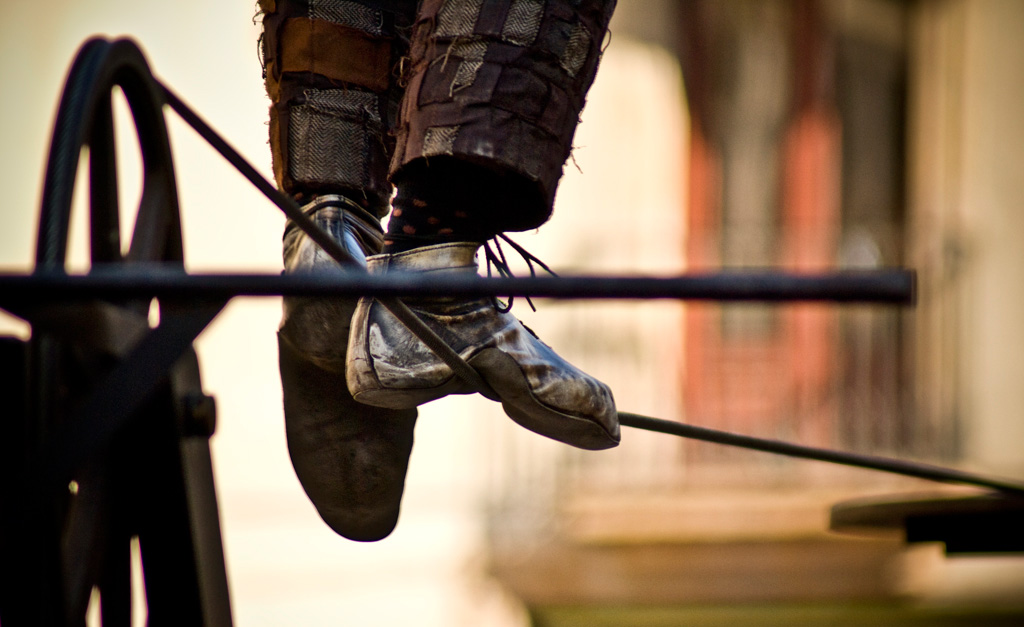 No doubt you will be thrilled to learn that we now live and work in a “gig economy.”

That’s the latest corporate buzz-phrase from Silicon Valley. CEOs are hailing a Brave New Workplace in which we lucky worker bees no longer have to be stuck in traditional jobs with traditional hours, traditional middle-class pay scales, traditional benefits, traditional job security, and all those other fusty “traditionals” of the old workplace. In fact, in the gig economy, you don’t even get a workplace. Rather, you’ll be “liberated” to work in a series of short-term jobs in many places, always being on-call through a mobile app on your iPhone or through a temp agency. How exciting is that?

Well, they use “exciting” in the sense of distressing and nerve-wracking. The gig economy means you’re on your own – you’re not an employee, but an “independent contractor,” with no rights and no union. You might have lots of calls to work this week, but there’ll be many weeks with no calls. Don’t get sick or injured, for no health care or workers’ comp are provided. A pension? Your retirement plan is called “adios chump.”

This “alternative work arrangement” is not a futuristic concept – it’s already here and spreading fast. Some 16 percent of US workers are now in this on-call, temporary, part-time, low-pay, you’re-on-your-own economy, up from only 10 percent a decade ago. Corporate chieftains (backed by the economists and politicians they purchase) are creating what they call a workforce of non-employees for one reason: Greed. It directly transfers more money and power from workaday families into the coffers of moneyed elites.

Their gig economy is aptly named, for “gigs” are crude four-hook fishing devices that’re drug by commercial fleets through schools of fish to impale them, haul them in, and cash in on the pain.