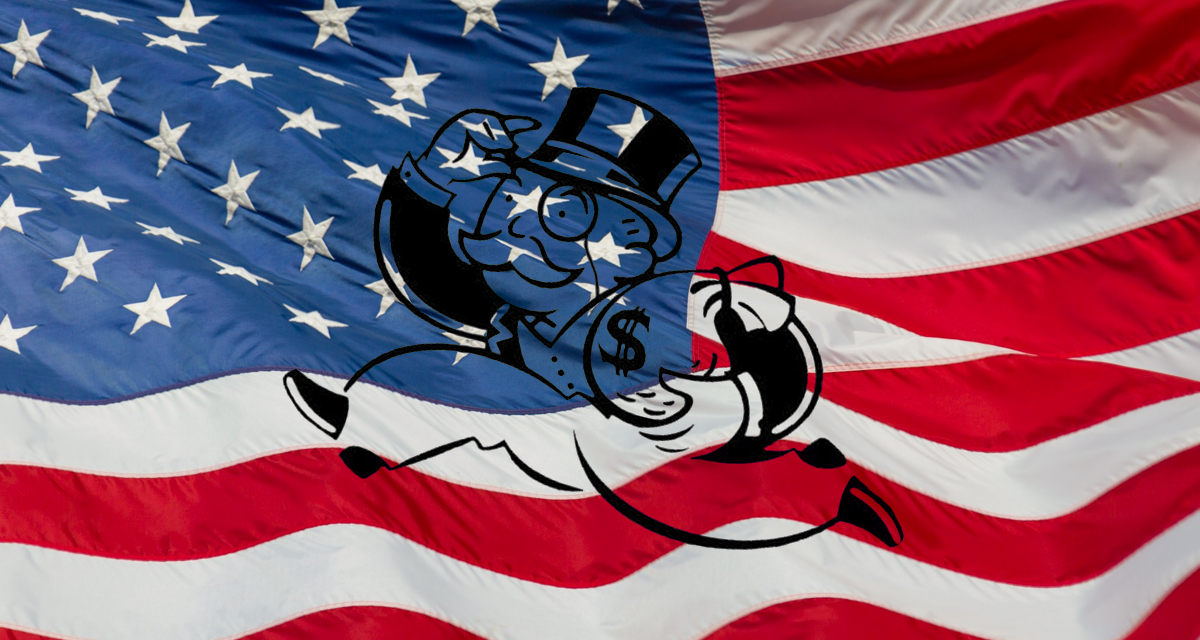 Monopolies are not merely un-American, they’re virulently anti-American, suppressing our fundamental values of fairness and opportunity for all.

So, our people have instinctively rebelled at monopoly avarice – the Boston Tea Party, the Populist Movement , union action, trust busters, muckrakers, the New Deal, Ralph Nader … and on and on. Yet, in just the last couple of decades, corporate elites and their public officials have enshrined monopoly power as a legitimate form of business in our land, aggressively protected by lawmakers, regulators, and judges. For example, after our grassroots economy was crushed in 2007 by the greed of too-big-to-fail Wall Street banksters, officials bailed out the villainous banks at taxpayer expense and deliberately made them bigger, more powerful, and more dangerous than ever. Today, just five banks control nearly half of all financial assets in the US.

You’d think such a massive power grab by bank monopolists would produce an equally massive, 24/7 barrage of coverage by the nation’s media outlets, which purport to be defenders of democracy. But while an occasional story pops out about monopoly abuse, there’s no comprehensive coverage to rally a public rebellion against what’s become the “United States of Monopoly Rule.”

Why? Look at who owns America’s mass media. Three decades ago, 50 large media conglomerates controlled 90 percent of the media. This year, after a frenzy of mergers among of those giants, just 5 mega-media monopolists will control 90 percent of what we see, hear, and read. It is not in their interest to inform the public about the threat that monopolies pose to our democracy – so, they won’t.

As the great journalist, A.J. Liebling, warned nearly 40 years ago, “Freedom of the press is guaranteed only to those who own one.” To help battle the monopolists, go to The Center for Media and Democracy www.prwatch.org/cmd.