Meet the Slaphappy Governor of Texas 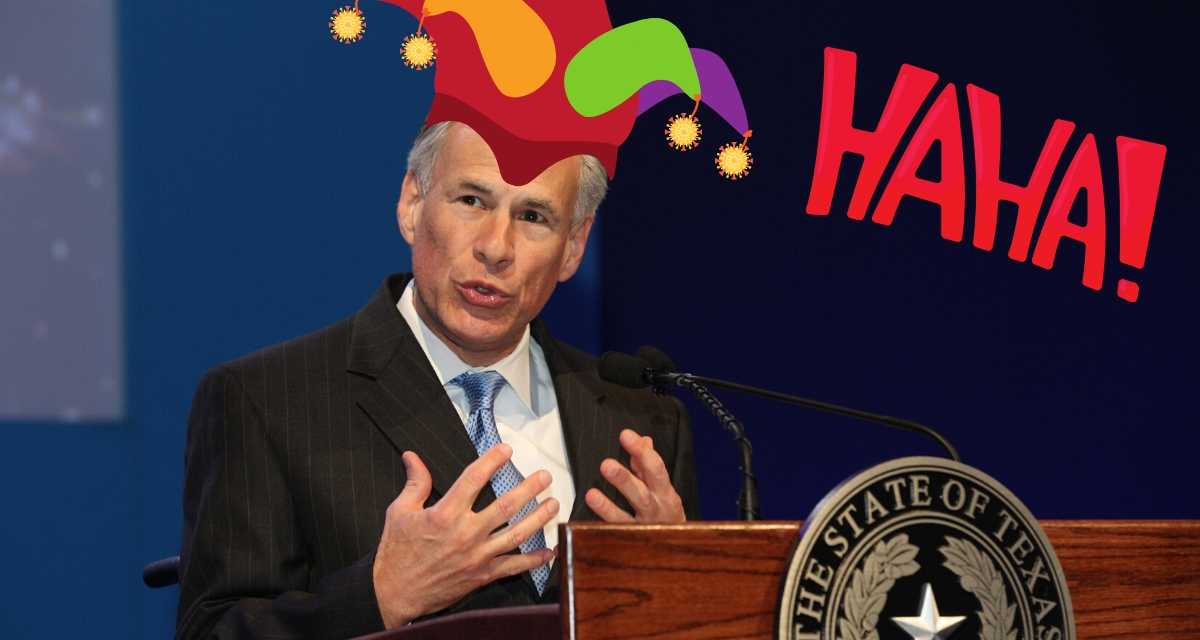 Once again, my state of Texas is saddled with a Republican gubernatorial goober. Greg Abbott is this guy’s name, and he’s another incompetent, right-wing ideologue whose botched handling of our state’s COVID-19 crisis makes Donald Trump look like a master administrator of public health.

First, as a small-minded, small-government zealot, Abbott obsequiously followed Trump’s lead of do-nothingism, pretending the bad thing would just drift away. As a result, droves of Texans were dying, so he rushed out to express astonishment and concern. Yet, he cravenly refused to offend his corporate and far-right backers by implementing such life-saving measures as business closures, requiring masks in public, and stay-at-home orders. Worse, the little petty potentate infuriated local officials by banning them from taking protective actions in their communities.

Bizarrely, Abbott declared he was focused not on preventing infections, but on making sure there were enough hospital beds for those who get infected. He might as well have bragged that providing an adequate number of graves was his priority, for sure enough thousands more Texans were soon dying because of his incompetence.

Finally, the relentless death toll forced Abbott-the-Absent to enact a stay-at-home mandate… but he even bungled that by declaring it was not a stay-at-home order! Instead, he called its provisions “Essential Services and Activities Protocols.”

Then he got really strange. After banning local officials from requiring mask-wearing in public, he playfully hinted that he’d hidden a trick door in that executive order allowing locals to take action – IF they could divine the riddle. The trick was that while mayors and others could not require face masks in public, they could require stores, bars offices, factories, and other businesses to require masks.