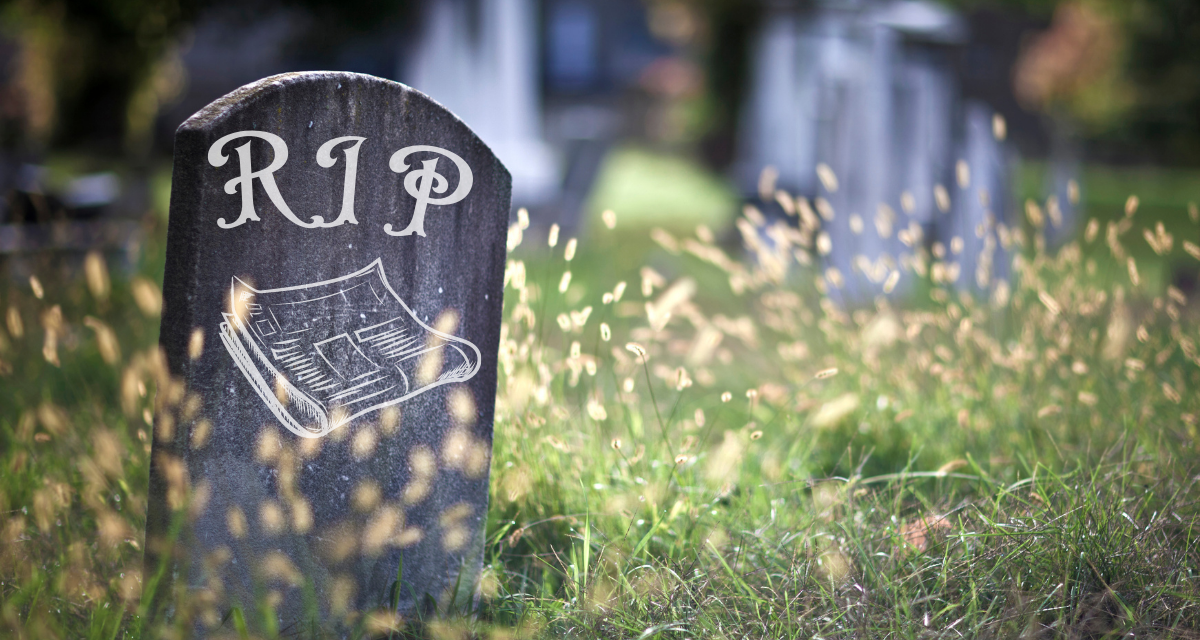 Well, technically it still appears, but it has no life, no news, and barely a pulse. It’s a mere semblance of a real paper, one of the hundreds of local journalism zombies staggering along in cities and towns that had long relied on them. Each one has a bare number of subscribers keeping it going, mostly longtime readers like me clinging to a memory of what used to be and a flickering hope that, surely, the thing won’t get worse. Then it does.

Our papers are getting worse (at a time we desperately need them to get better) because they are no longer mediums of journalism, civic purpose, and local identity. Rather, they’ve been reduced to little more than profit siphons, steadily piping local money to a handful of distant, high-finance syndicates that have bought out our hometown journals. My daily, the Austin American-Statesman, was swallowed up in 2019 by the nationwide Gannett chain, becoming one of more than 1,000 local papers Gannett presently mass produces under its corporate banner, “The USA Today Network.” But even that reference is a deception, for the publication doesn’t confide to readers that it’s actually a product of SoftBank Group, a multibillion-dollar Japanese financial consortium that owns and controls Gannett.

SoftBank has no interest in Austin as a place, a community, or even as a newspaper market, nor does it care one whit about advancing the principles of journalism. It’s in the profit business, extracting maximum short-term payouts from the properties it owns. This has rapidly become the standard business model for American newspapering. Today, more than half of all daily papers in America are in the grip of just 10 of these money syndicates.

That’s why our “local” papers are dying. It’s not failure of journalism, but of absentee corporate owners plundering journalism.