Why Paul Ryan should sit down and be very quiet 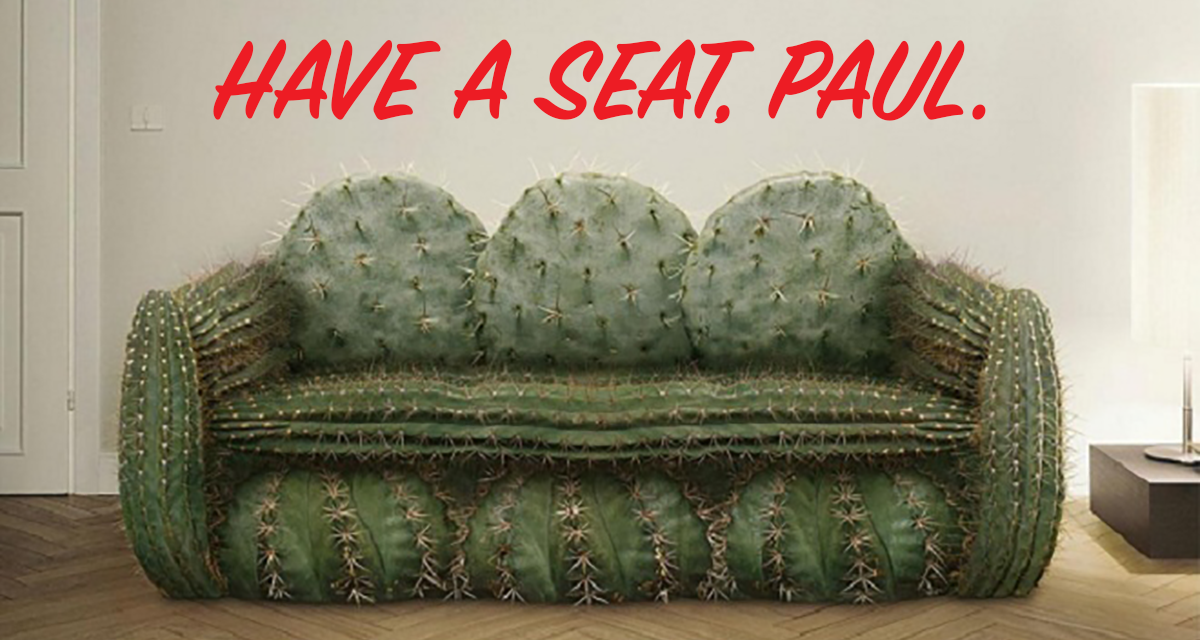 For nearly half a century now, America’s middle-class working families have been pummeled by corporate greedmeisters and their political henchmen. Indeed, in just the last decade, the typical median-income family has lost 60 percent of their wealth. Haven’t they been punished enough?

No, says House Speaker Paul Ryan. Along with other top Republican leaders of Congress, he intends to slash the Social Security money that middle-class and low-income workers depend on, and he ultimately is out to kill it altogether. Dependence on such public “entitlements,” he preaches, weakens our nation’s morality.

Entitlements? Social Security isn’t a welfare program – regular working people pay a 12 percent tax on every dime of their wages into the this public pension fund year after year. They earn their retirement!

Morality? Social Security embodies America’s core moral value of fairness and our society’s commitment to the common good. And it works – before it was enacted, half of all Americans spent their “golden years” in poverty. Social Security has saved the great majority of us from old-age penury. Where is the morality in taking this earned retirement and modicum of dignity from millions?

Besides, a sermon on the morality of entitlements should never come from a congress critter’s mouth. Speaker Ryan himself wallows in a mud pit of congressional entitlements that working stiffs couldn’t imagine getting: A $223,500 annual paycheck, free limousine and chauffeur, a maximum-coverage health plan, a tax-paid PR agent, lavish expense account, free travel… and, of course, a platinum-level congressional retirement program funded by the very taxpayers whose Social Security he’s out to kill.

Yet Ryan wonders why Congress’ public approval rating is plummeting toward single digits.