A political party really worth joining 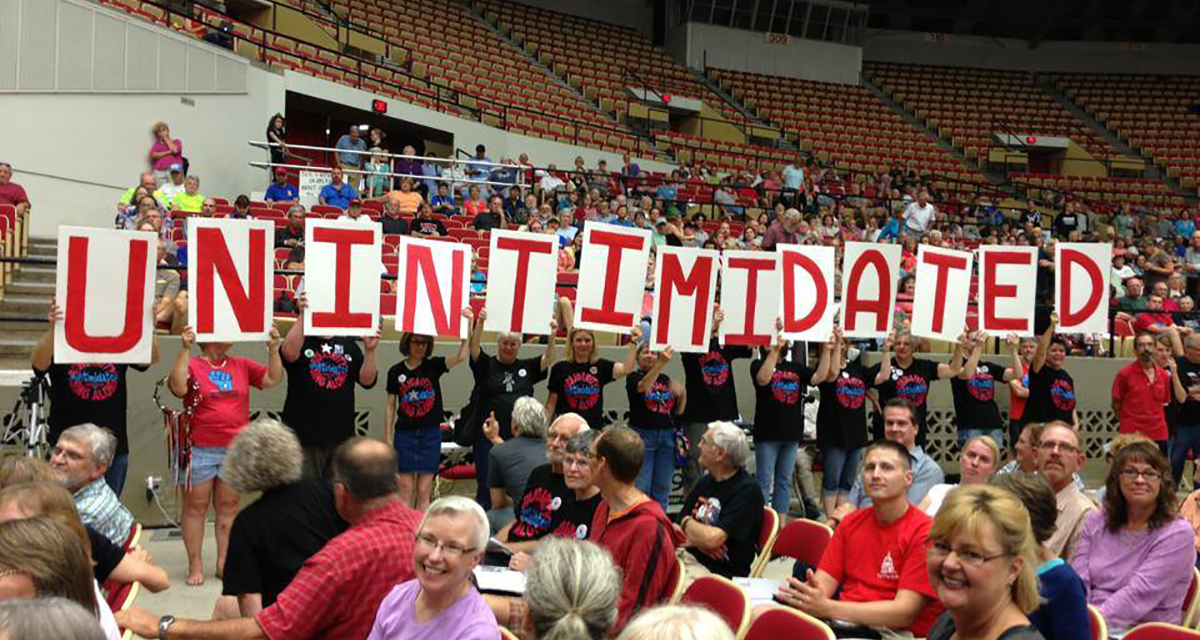 The best political party in America is not the Dems or the Repubs, but a real party named “Fighting Bob Fest.”

It’s a daylong, outdoor political festival run by a coalition of Wisconsin progressives who believe in “putting the party back in politics.” Held in Madison every September, Bob Fest not only features give-’em-hell speechifying and hot populist issues – but also a dozen terrific food trucks, kegs of great local beers, lively music, activist booths, games, political humor, and… well, fun!

The idea is to have a political event that people actually want to come to. Admission is free, but Bob Fest is also corporate-free, rejecting any funding or ads by corporate interests. It’s a volunteer-run festival of, by, and for regular people, and it pays for itself each year by passing the bucket and getting staff support from The Progressive, the feisty, populist-spirited magazine founded 107 years ago by Sen. Robert “Fighting Bob” La Follette.

Yes, Fighting Bob Fest is named for La Follette, a truly-great US Senator who was renowned for battling the corporate corruption of American politics. In fact, when he was Wisconsin’s governor a century ago, La Follette passed a law banning corporations from making donations to political candidates – a law that is still in effect.

However, corporate interests today use front groups in a political ploy to bypass such bans and dump millions of dollars into their chosen candidates – including Wisconsin’s current governor. They’re mocking the law and the people. that’s the importance of bringing us mockees together in big events like Bob Fest – where 10,000 Wisconsinites gathered this year in the fighting spirit of La Follette, determined to stop the corporate governor’s cynical end run. To learn more about Fighting Bob Fest, go to www.FightingBobFest.org.