Why we should reach across borders, not close them 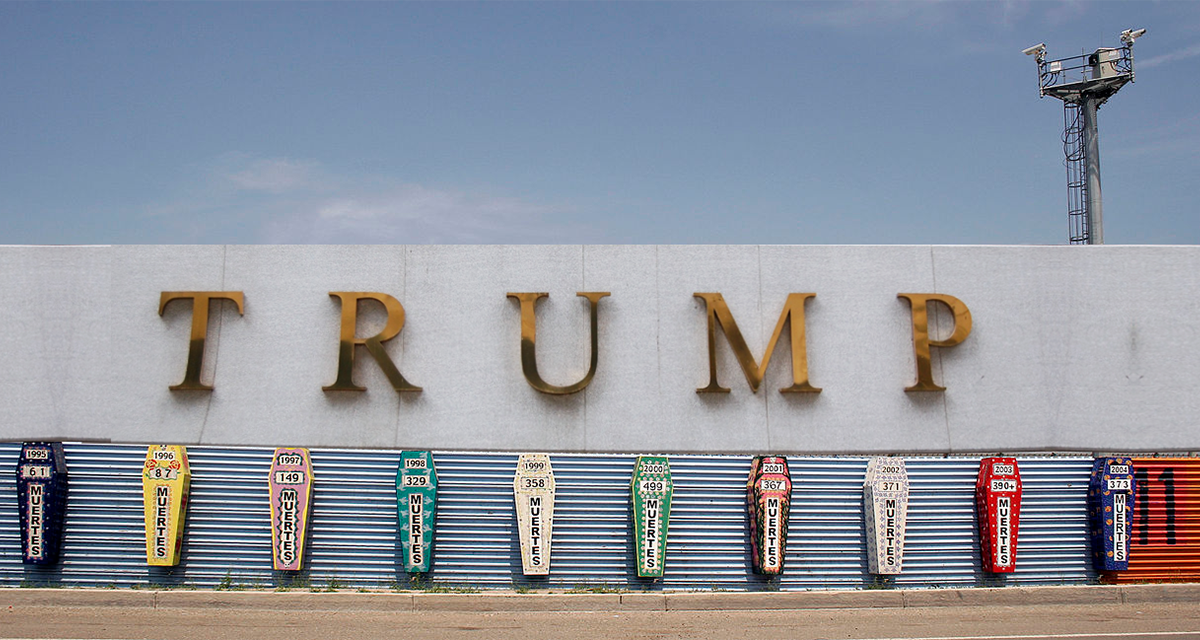 Jim Hightower's Radio Lowdown
Why we should reach across borders, not close them

A nation’s border is nothing in and of itself. It’s just an inanimate line that has no philosophy, personality, feelings, or meaning – beyond what people on either side attribute to it.

Unfortunately, thanks to Donnie Trump’s xenophobic demagoguery in this presidential election, America finds itself in a destructive border war – not with Mexico, but with itself. In his rallies, Trump led his true believers in angry chants of “Build that wall!” He demanded that our Southwestern border with Mexico be turned into a hostile barrier of national, cultural and racial separation that will physically scream at Latino people: “KEEP OUT!”

You can see it for yourself, for about a third of that 2,000-mile frontier already has a massive metal wall, thrusting up to 30 feet high. It scowls at Mexico with pole-mounted cameras, 24-hour radar, vibration sensors, all-seeing drones, surveillance balloons, and Blackhawk helicopters.

It has made the boarder mean, yet– get this– it doesn’t work! Migrants and traffickers continually overcome it. “The wall is a fantasy,” says an Arizona border sheriff. Also a rancher who’s a diehard Trump supporter dismisses Donnie’s barrier scheme as a “farce.”

Worse, the existing wall and Trump’s extension of it is a perversion of what this border has been for centuries: An enriching connection point for people on either side. In fact, there were no sides – festivals paraded from Mexico into the US and back again, businesses were totally bi-national, families extended across the so-called line, and the community was an organic whole.

Trump’s wall won’t keep undocumented migrants out, but it will lock out America’s egalitarian ideal of cross-culturalism. Rather than walling-off borders, our true national security requires that we reach across them.