Really and truly, who needs facts? 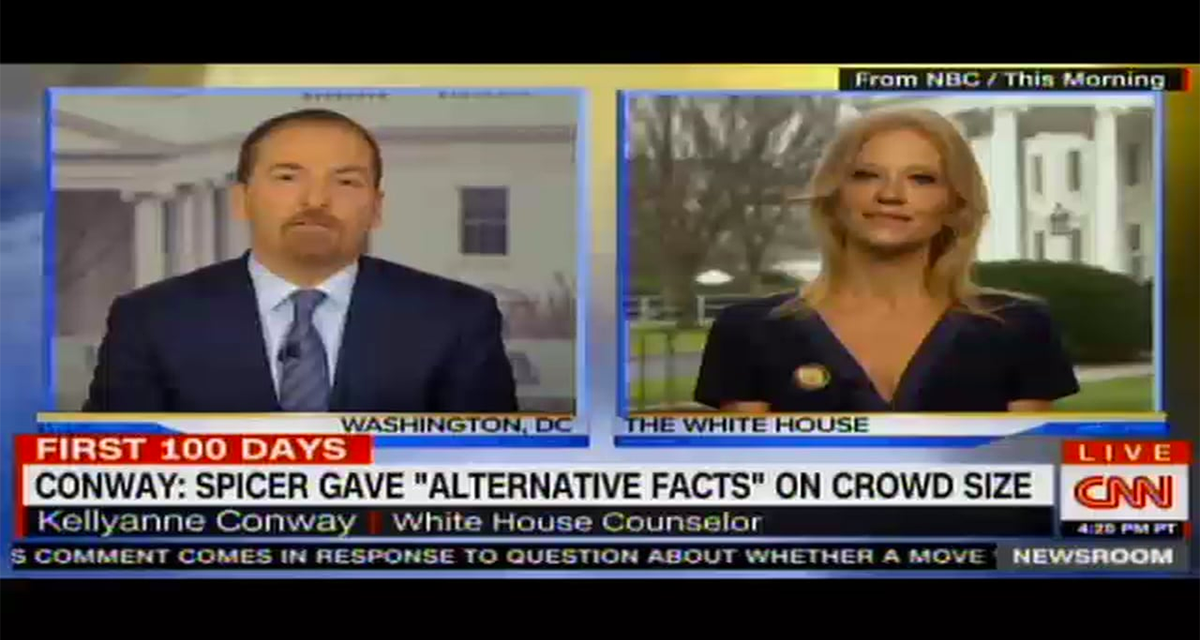 Here in America the word “fact” has a straightforward, rather obvious meaning: Truth, reality, something that actually exists.

But we now find ourselves transplanted to a new, odd country – “Trumplandia. Here, the factuality of known facts is being called into question by the highest civil authority in the land: The White House. (In Fact, with all truths suddenly open to presidential re-interpretation, can we really say with confidence that the White House is actually white?)

Consider The Donald’s furious tweet in January after actress Meryl Streep called him out for having mocked the physical disabilities of a reporter. “I never ‘mocked’ a disabled reporter,” he snapped – even though millions saw him on TV and videos doing exactly that. This inconvenient fact led Kellyanne Conway, Trump’s official White House explainer, to castigate reporters for misinterpreting Donnie’s reality: “You always want to go by what’s coming out of his mouth rather than what’s in his heart.”

Stranger yet, the Trumpster couldn’t even control his convulsive ego on the solemn day of his inauguration. He claimed that the crowd he drew was the largest in history – despite obvious photographic and body-count proof that his crowd was much smaller than the one drawn to Barack Obama’s swearing-in.

Enraged by this fact, His Majesty the President sent his sad sack press secretary to scold reporters, citing a mess of statistics meant to “prove” that Trump’s crowd was the biggest ever. Unfortunately, those numbers were quickly shown to be false – ie, “lies.” This embarrassment brought out Chief Explainer Conway again, insisting that the bogus numbers tossed out by the White House were not falsehoods, but “alternative facts.” Welcome to the alternative universe of Trumplandia.

This is Jim Hightower saying… Is it time for the next presidential election yet?