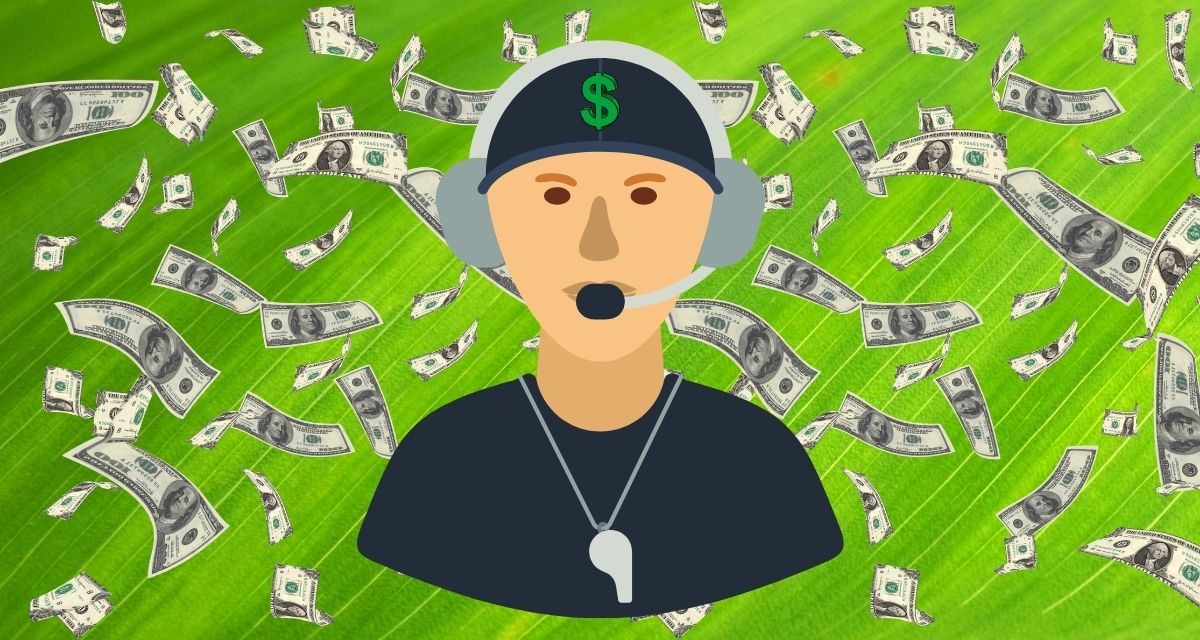 As a Texas high schooler many moons ago, I was the 115-pound outside linebacker on the Denison “Yellow Jackets” football team. Go, Bugs!

We won very few games, but we had spirit and some fun. Our coach, a down to Earth fellow paid a modest public school salary, tried to instill a bit of the sporting ethic in us: “Win or lose, give it your best;” “There is no ‘I’ in Team”… stuff like that.

So, whistle me out of bounds in the game of real life – but I’m somewhere between sad and disgusted that the self-centered corporate ethic – Survival of the Greediest – is becoming the guiding spirit of even amateur games. The decline is most prevalent in big-time college football programs, where coaches make millions while the actual athletes are paid nothing and face crippling, even life-threatening injuries.

But when the pandemic slammed into college budgets, squeezing out professors, students, and workers, the old school spirit kicked in and coaches made widely publicized sacrifices, accepting pay cuts of 15-20 percent. Yea, Coach!

Only, it was a scam. Their “cuts” only applied to their base salary, not the full compensation they actually get. North Carolina coach Mack Brown, for example, draws $750,000 in base pay – which ain’t bad – but his full paycheck is $3.5 million a year. So, his ballyhooed sacrifice is really only 3 percent – he’s still taking about $3.4 million in pay.

But wait, the scam gets scummier, for even those minimal cuts are just deferments in pay. University of Texas coach Tom Herman, for example, took about $500,000 cut, but – with a cynical wink – the university promised to give that same sum back to him within three years.

What models of sporting character they are, teaching young people that it’s not how you play the game that counts, but whether you win.