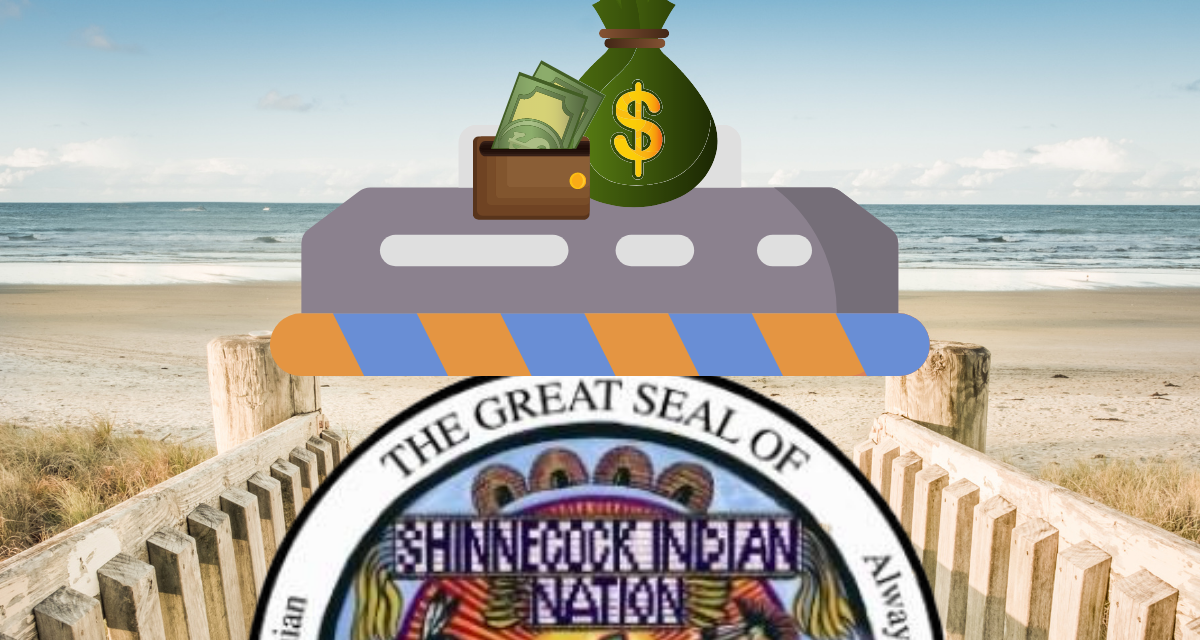 It’s tough being rich. For one thing, you have to be on constant alert to keep commoners from encroaching on your turf and upsetting your sense of proper social order.

Consider the angst of the swells who summer in the Hamptons, an ultra-toney seaside enclave of New York City’s old-wealth families and Wall Street elites on the eastern tip of Long Island. For generations they’ve used local ordinances to keep us riffraff out of their exclusive communities. But now, they find themselves besieged by – believe it or not – Indians!

The small reservation of some 1,600 members of the Shinnecock Indian Nation has also been there for generations. In fact, it’s the rich White residents who are the invaders, for their Anglo predecessors first descended on Shinnecock lands in 1640. Today, the indigenous people struggle with poverty, gazing across a small bay at the huge summer mansions of their Gatsbyesque invaders.

But now, to lift their own economy, the tribe intends to build a modest tribal-run casino on their reservation. Oh, the horror, shriek the Hamptonites! Yet, the reservation is the Shinnecock people’s sovereign land, free from the Hampton elite’s zoning laws, so the rich and mighty are reduced to begging the Native people to just go away. “A lot of us are bleeding heart liberals and sympathetic to the oppressed,” exclaimed one, “But it’s not the right location.”

It never is, is it? This is a struggle of elitist esthetics versus human necessities – casino revenue could help tribal families with such expenses as rent, food, utilities, and car payments. “[It] could change the quality of life here overnight,” says the tribal chief. But who cares? A few of the snobbiest of Hampton blue bloods haughtily warn they will move out if the Shinnecock Casino comes in.