The sad saga of John Stumpf 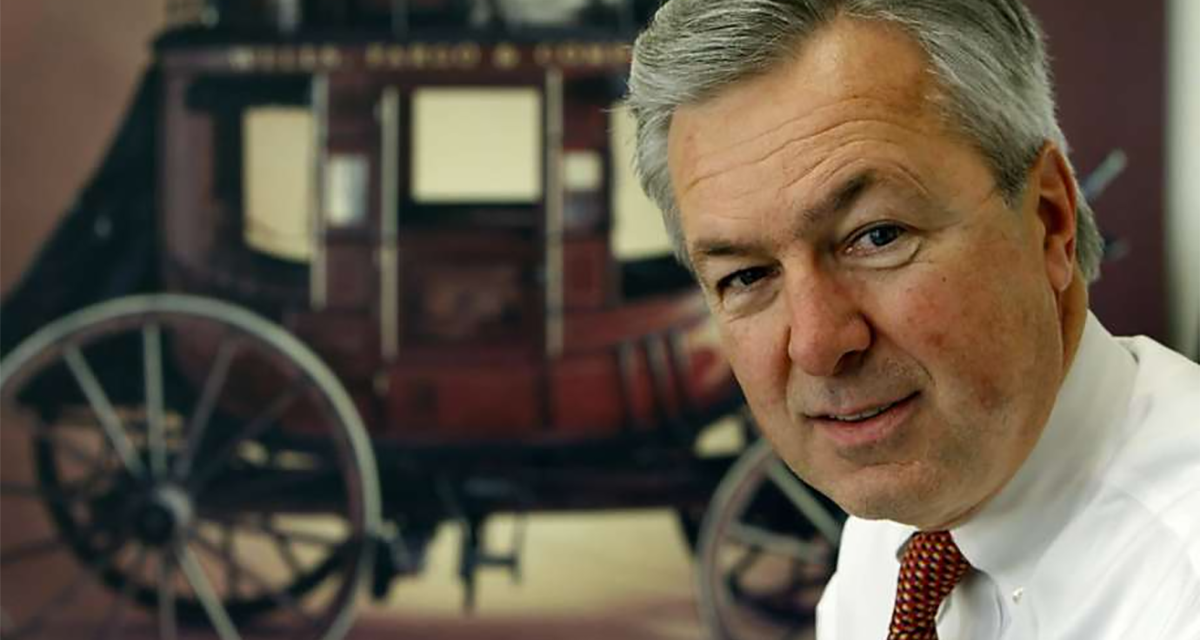 Poor John Stumpf. The preening, silver-haired CEO of Wells Fargo sat self-assuredly atop the pecking order of the financial establishment, and he was hailed as a paragon of big-banker virtue… until he suddenly fell off his lofty perch.

It turns out that being “a paragon of big-banker virtue” is not at all the same as being a virtuous human being. Banker elites don’t get paid the big bucks by “doing what’s right,” but by doing what’s most profitable – and that means cutting corners on ethics, common decency, and the golden rule. Stumpf didn’t just cut corners, he crashed through them, devising a business plan that effectively encouraged Wells Fargo branches to steal from millions of their poorest and most easily deceived customers.

The courtly chief executive coldly fostered a high-pressure sales culture, pushing elderly pensioners, non-English-speaking workers, and other vulnerable depositors into accounts they didn’t understand or need, extracting high fees for the bank. One shameful (and illegal) profit-boosting ploy was having bank employees secretly set up fake, high-fee accounts for some two million customers without their knowledge, much less their consent.

Running such rackets for more than a decade, Wells Fargo prospered and the chief amassed a fabulous personal fortune. Then, as the scandal went public last year, the “paragon of virtue” tried to save himself by firing 5,300 lower-level employees. But, it wasn’t enough – Stumpf was shoved out and forced to surrender $41 million in stock awards he had stashed away.

But don’t weep for Poor John – he grabbed $83 million in stock payments on his way out last year, and he still holds another $147 million in Wells Fargo stock he was awarded by the board. It’s said that virtue is its own reward, but big banker virtue is rewarded in cash.