Save the Whales! Save Polar Bears! Save Political Cartoonists! 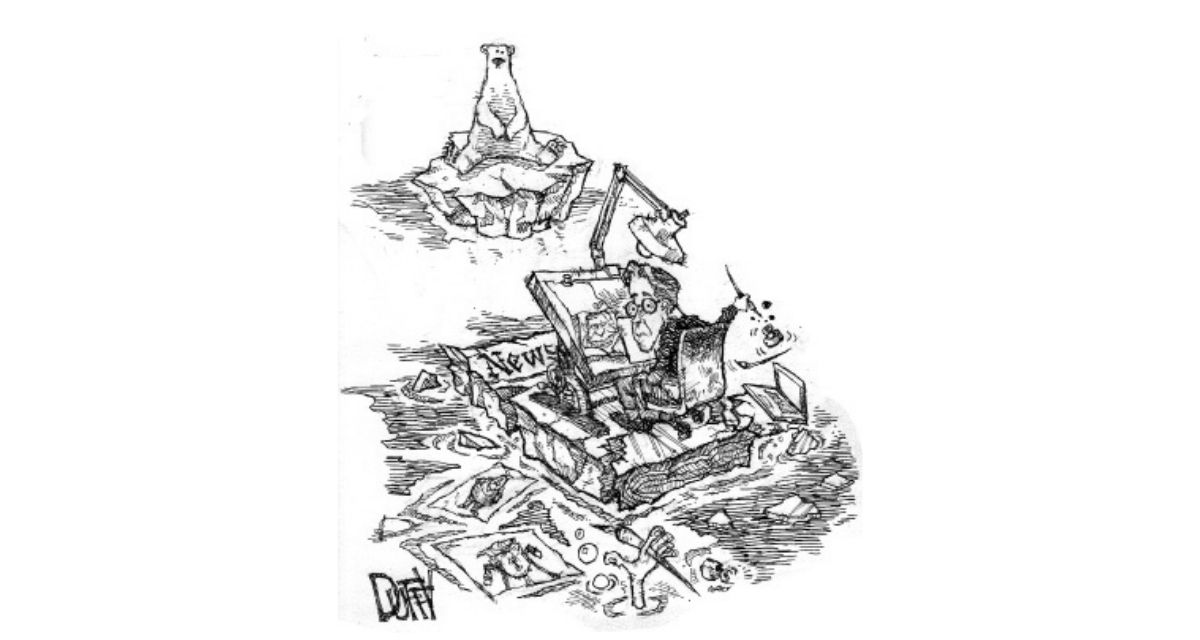 Jim Hightower's Radio Lowdown
Save the Whales! Save Polar Bears! Save Political Cartoonists!

I never dreamed of growing up to be a political activist/ commentator, but here I am, and it’s worked out pretty well for me. I’ve been lucky enough to have a voice in public matters and eke out a modest living running my mouth as an independent populist agitator. Still, I have to confess to the sin of Job Envy. Not in the sense of being resentful, but regretful about my own inability to lift the trade of journalistic commentary to the heights attained by a small, feisty collection of unique public opinionators: Political cartoonists.

In framing issues and rallying people to think and act, these journalists have an unfair advantage over us mere word crafters. They can literally draw a picture to make their point! They reach masses viscerally as well as cerebrally. And visceral usually outpunches cerebral. Editorial cartooning is a profession made up largely of progressive mavericks who enter the social-political-cultural fray with an abundance of anti-establishment audacity, an eye for irony, a fondness for the underdog, an ability to laugh at absurdity…plus artistic talent.

Because cartooning is an expression of the human spirit that has been irrepressible since cave drawings, generation after generation of pen-and-ink champions of democracy blossomed. The general public’s appreciation and demand for the cartoonist’s unblinking honesty and satire have never flagged, even increasing whenever the artists come under public assault by autocrats, plutocrats, screwballs, and assorted other censors.

Beyond popularity, though, these graphic editorial artists matter. Again and again, the pointed ink pens of generations of political cartoonists have roused the public to rise up and put down corporate and political scoundrels, incrementally advancing our nation’s democratic possibilities. As in the natural world though, even the most beneficial creatures can be driven to extinction.

Check your own local newspaper – are your favorite cartoonists still there?