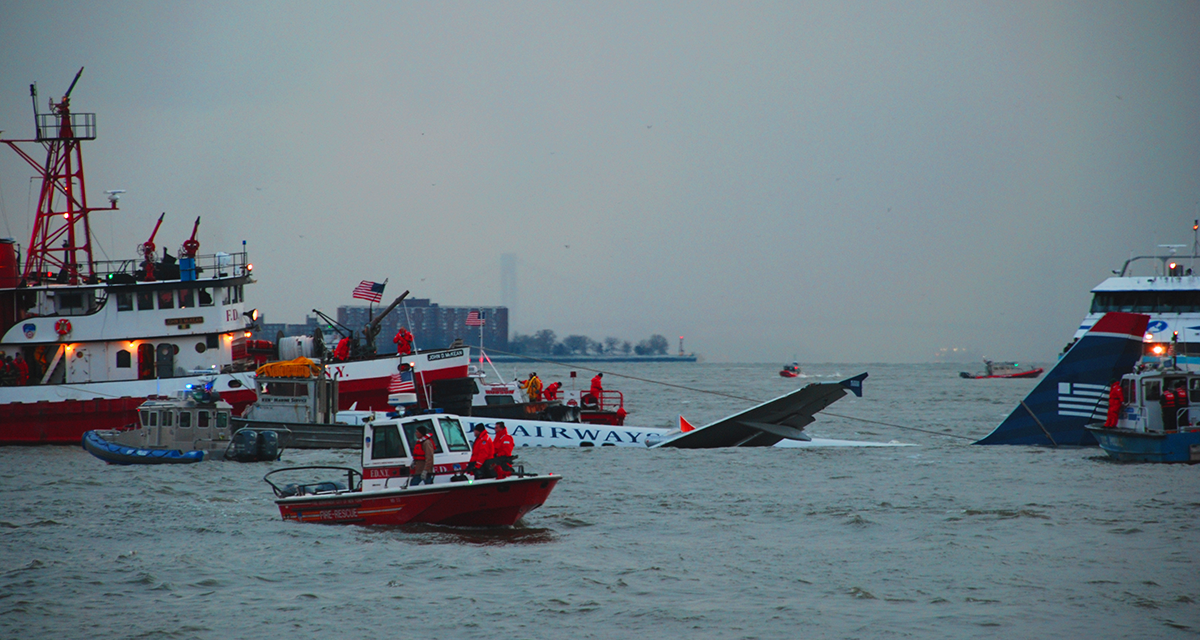 In their ongoing, all-out assault to crush labor unions, corporate forces have fabricated a cultural myth to undermine popular support for labor: Unions, they insist, are no longer needed. They tell us that in today’s entrepreneurial economy, workers must compete with each other not cooperate.

Before swallowing that wad of hornswoggle, let’s revisit Flight 1549. As it took off from New York City in 2009, the jet hit a flock of geese, lost all power, and had nowhere to try a crash landing. But Capt. Sully Sullenberger knew what to do: Use the Hudson River as a landing strip! Amazingly, it worked! Dubbed the “Miracle on the Hudson,” the lives of all 150 passengers were saved.

But no supernatural powers were at work – Captain Sully himself is not only a member of the Airline Pilots Association, but also served on that union’s national governing committee and was its former safety chairman. Indeed, he and the APA union have had to fight airline chieftains who keep trying to cut back on the safety training programs that teach crews how to save lives.

Nor was Sully alone in this “miracle.” The cool-headed flight attendants who quickly moved 150 nearly-panicked people off the plane were members of the Association of Flight Attendants, another union that trains to avert disasters. The ferry crews that zipped into action, skillfully maneuvering their boats within four inches of the plane’s wings to rescue passengers – they’re in the Seafarers International Union, which gives them the safety courses that enabled them to respond as they did. The cops, firefighters, and air traffic controllers also performed marvelously – all union trained.

At a time when corporate interests in all sectors of our economy are trying to eliminate unions, remember Flight 1549 – the Union-Made Miracle on the Hudson.