Shhh, The Governor Is Listening 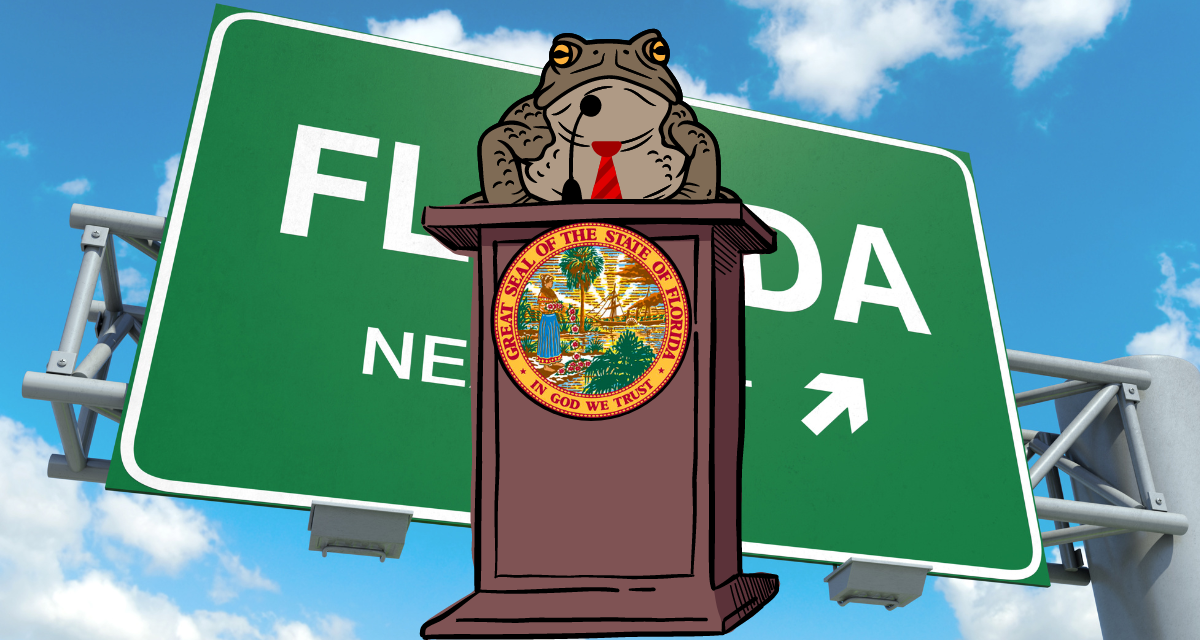 Although we haven’t even gotten through this year’s midterm congressional elections, it’s still not too early to start examining some of the characters who hope you’ll make them president in 2024.

I know, you don’t want to… but we must. That’s because corporate elites have already chosen their favorites, and they intend to use massive sums of money, lies, more money, PR slickum, and even more money to slide their toady into the Oval Office, hoping you don’t discover until it’s too late that their chosen one really is a toad.

Take Ron DeSantis. The GOP’s far-right, power hungry, narcissistic Florida governor promises to be the next Donald Trump – only more effective and not as nice. For example, his favorite gubernatorial hobby is the Orwellian practice of monitoring and censoring people’s speech and thoughts, culling out ideas he deems objectionable.

“Don’t Say Gay,” is his most infamous dictate to the state’s teachers, but he has also outlawed any teachings that might “denigrate the Founding Fathers.” Nor will he tolerate the study of institutional racism in America. Indeed, he has even mandated that social studies textbooks (Get this!) must not include concepts of social justice. Ron adamantly opposes what right-wingers call a “woke” society – he wants one that’s asleep.

Sound asleep. He recently rallied his right-wing cadre to ban some math textbooks. Yes, Math! They screech that some real-life topics like wage disparities are being used to make math problems relevant to today’s students – so it was Fahrenheit 451 for those books. Thus far, DeSantis’ censorship binge has nixed 42 math books for “incorporat[ing] prohibited topics.”

Imagine what he could ban as president! Did I mention that DeSantis is also forming his own gubernatorial military force – a state army he can deploy in “emergencies”? What’s an emergency? He says he’ll decide.