Should We Trust Corporations to Save Our Democracy? Ha! Just kidding. 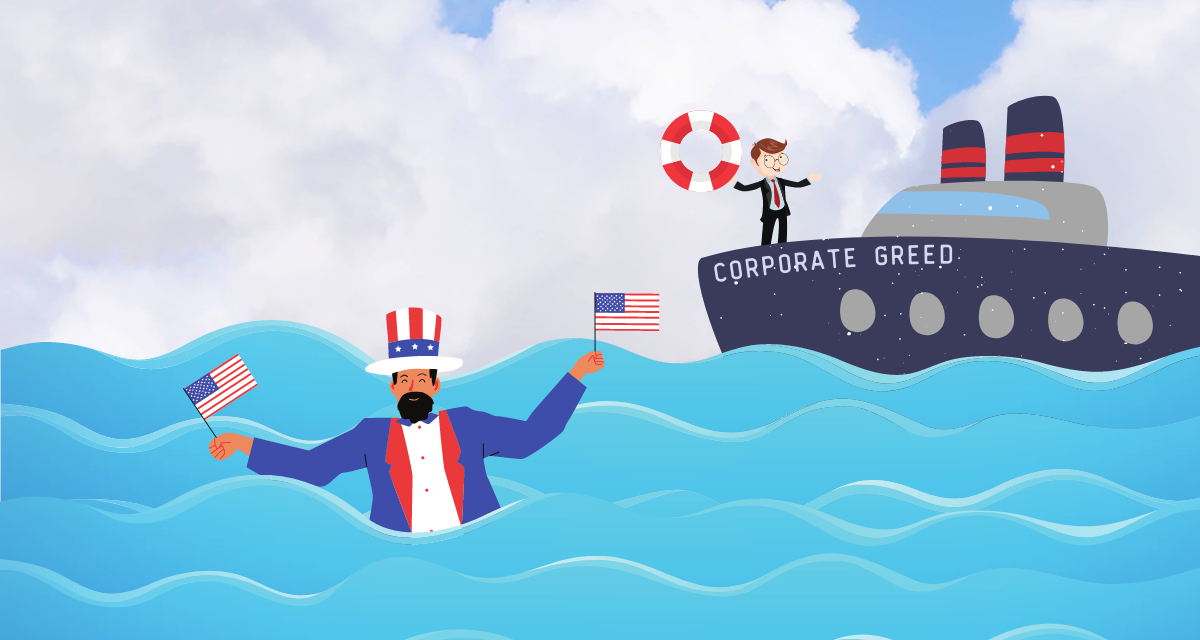 Jim Hightower's Radio Lowdown
Should We Trust Corporations to Save Our Democracy? Ha! Just kidding.

Corporate CEOs are mostly sedentary, well-heeled money people who would hardly be considered athletic. Yet, every now and then a few of these soft elites bust out as championship players of an old game called Duck & Dodge.

It’s a sport of political finesse played when social conditions reach a boiling point, threatening problems for the corporate order. In such moments, executives sometimes leap forth as social activists, claiming to side with the aggrieved. Ducking and dodging their own responsibility for the grievances, these corporate players insist that they’ll fix the system. But when public attention drifts, so do the fixers, returning to business as usual.

Remember a year ago, for example, when our very democracy was under siege, not only by seditious right-wing extremist groups that stormed the US Capitol, but also by a clique of pusillanimous, right-wing congress critters who joined the coup attempt. “Outrageous!” shouted members of the corporate establishment, pledging that they would save our democracy. How? By cutting off the huge campaign donations they’d been giving to those 147 Republican lawmakers who voted to overturn the election.

But wait – these born-again democracy champions are the very same corporations that use special-interest cash to purchase lawmakers wholesale and steal the people’s political power. Yet they now want us to believe they’re our saviors?

Sure enough, they quickly reverted to their true selves. Within weeks of so sternly chastising the seditious members of Congress, the corporate donors quietly returned to lavishing bribery bucks on them. AT&T, Boeing, Citigroup, GM, and Pfizer are among the 700 corporate phonies that slipped $2.4 million in donations last year to members of Congress they were publicly condemning as unAmerican.

It’d make more sense to trust a coyote to guard your last lamb chop than to think that corporations value anything but their own profit.