Sonny and Donnie: Down on the farm 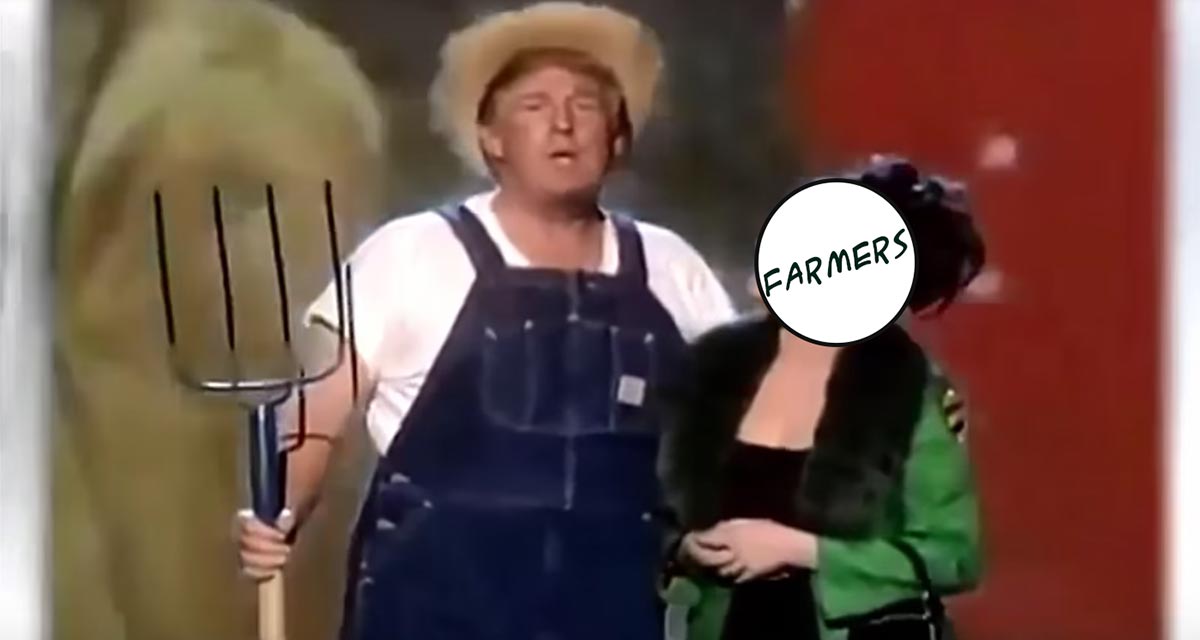 Jim Hightower's Radio Lowdown
Sonny and Donnie: Down on the farm

The media have covered the antics of many of the kakistocrats he’s appointed, but it’s time to shine a light on one of the obscure characters in the Trump cabinet: Secretary of Agriculture Sonny Perdue of Georgia. Hailing from a state renown for its peanut crop, Sonny turns out to be the biggest goober of all! He had been a non-entity, blithely sitting in his ornate office while farm prices plummeted, bankruptcies spread, and farmer suicides surged.

But on October first, Sonny suddenly spoke out about the distress of farm families – not to offer assistance, but to slap them right in the face! “In America,” he smugly lectured, “the big get bigger, and the small go out.” Goobering on, Perdue explained: “[We don’t] for any small business have a guaranteed income or guaranteed profitability.”

What a heap of pious BS! Family farmers are not asking for a guaranteed profit – just a chance at making a profit. Today’s ag system has deliberately been rigged by policy makers so bankers and other corporate giants that farm farmers can stiff those who actually produce our food, then grab the profits for themselves. Indeed, the median profit of farmers last year was – get this – minus $1,500!

There’s nothing natural or inevitable about the big getting bigger and the small “going out.” All it takes are inept or corrupt do-nothing public officials to turn their backs while agribusiness powers plow under thousands of good family farmers. That is the essence – of the Donnie and Sonny farm policy.