Spinning around on Trump’s Money-go-round 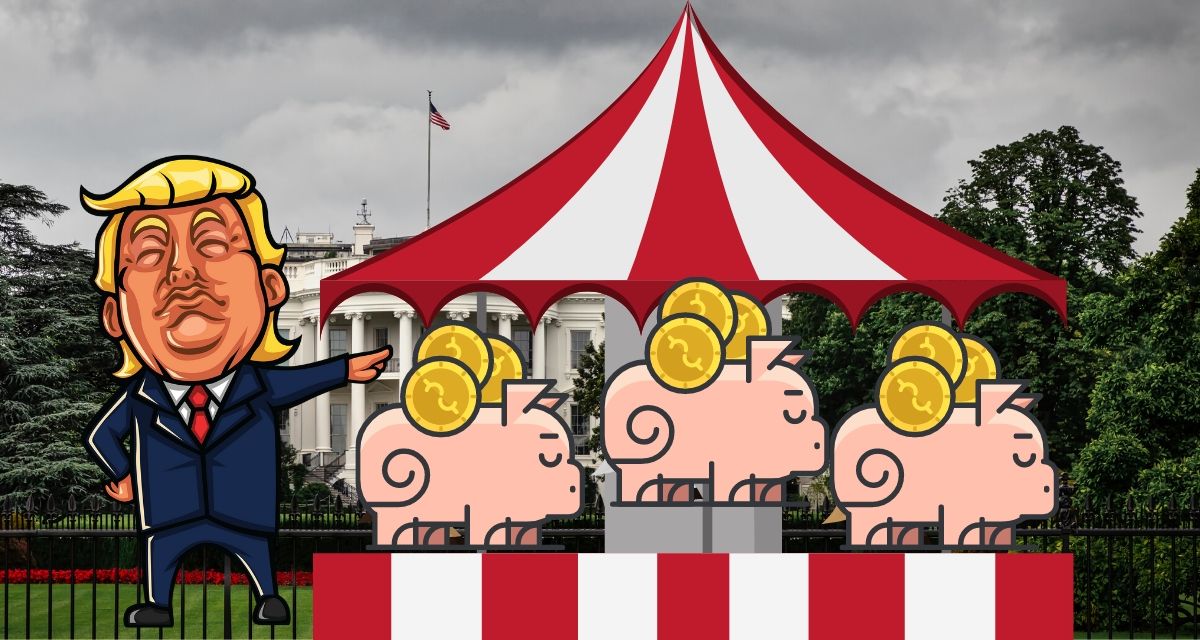 The Donald is in a funk. He’s been outsmarted by an inert virus, his poll numbers are tanking, and even his demagogic pep rallies are falling flat.

So, who to turn to for political comfort? Why of course – Trump’s true loyalists: His diehard cadre of Washington’s corporate lobbyists. I don’t merely mean those elites of K-Street and Wall Street who dominate his Cabinet. He also has a “kitchen cabinet.” Operating out of public view, it’s an unofficial collection of highly-paid influence peddlers who’re still practicing the dark art of bending government power to the wishes of selfish corporate interests. Each of them is paid hundreds of thousands of dollars a year by brand-name clients – from Amazon to Walgreen’s – to get favors from Trump. In turn, these little-known lobbyists have now adopted The Donald as their chief client, funneling millions of special-interest dollars into his re-election campaign, with the understanding that he’ll keep channeling tax breaks, regulatory exemptions and public dollars to the corporate donors. It’s the Washington Money-go-round, merrily corrupting our government.

Who are these no-name corrupters? David Urban is one, considered the best-connected corporate huckster in the Trump swamp. An old college pal of a couple of cabinet officials, he’s become such a close buddy of Donald himself that he’s known as a “Trump Whisperer,” able to work around the furies that rage in that strange orange head. Such cozy ties to the top mean Urban gets his calls returned, an invaluable asset for his favor-seeking clientele, including Raytheon, Goldman Sachs, Bayer, Nike, and Toyota. They, in turn, have made Urban rich, paying the once-obscure lobbyist more than $25 million since the Trumpeteers took office.

So, Washington lobbyists like Urban are now the top strategists and fundraisers for Trump 2020, hoping to get another four-year ride on the corrupt Money-go-round.