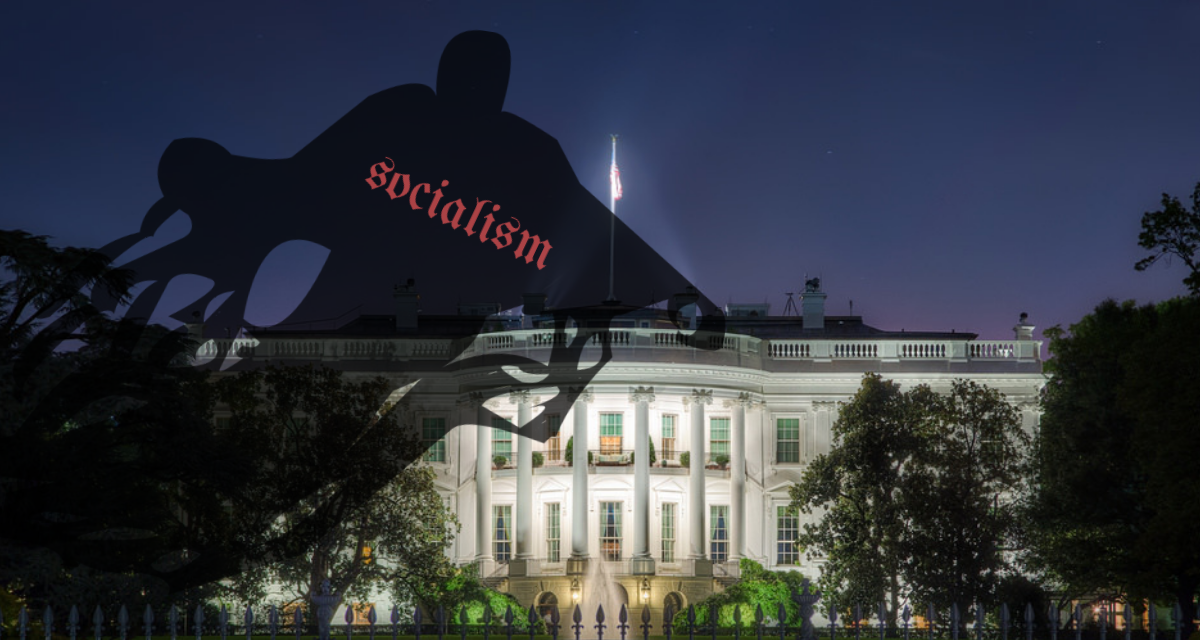 Trump’s White House seems to be both spooked… and spooky.

Check out a 72-page “spookinomics” report issued right before Halloween by his Council of Economic Advisors. It reads like an endless Trump tweet, focused on his perceived political enemies and riddled with fantasies, lies, and paranoia about the policies of progressives.

A la Joe McCarthy, Trump’s economic advisors spew conspiracy theories about the proposals of Elizabeth Warren, Bernie Sanders, and other democratic populists, frantically linking them with “Failed Socialist Policies” of Lenin, Stalin, Mao, and other communist dictators. Bernie’s commonsense ideas of Medicare-for-All and free college education, for example, are hysterically decried as totalitarian designs from China and the USSR. Likewise, the report compares Warren’s assertion that corporate giants are dodging their tax obligations to Lenin’s demonization and killing of yeoman farmers.

In this ludicrous, right-ring political screed – paid for by us taxpayers – the fraidy-cat Trump scaremongers toss in the supposedly spooky word “socialism” 144 times – an average of twice per page! Among the horrors that the Trumpistas cite is that Bernie Sanders and Elizabeth Warren have stated that “large corporations… exploit human misery and insecurity, and turn them into huge profits,” and “giant corporations… exploit workers just to boost their own profits.”

Excuse me, learned scholars, but all of that happens to be true, as the great majority of Americans know from experience. Trump’s economists also inform us that if the US adopted Venezuelan policies our economy would shrink by 40 percent. Well, perhaps, but here’s the thing: No one is proposing we do that.

What’s really spooky is that these know-nothing ideologues are actually advisors to a president of the United States.