Why should we subsidize higher pay for insurance CEOs? 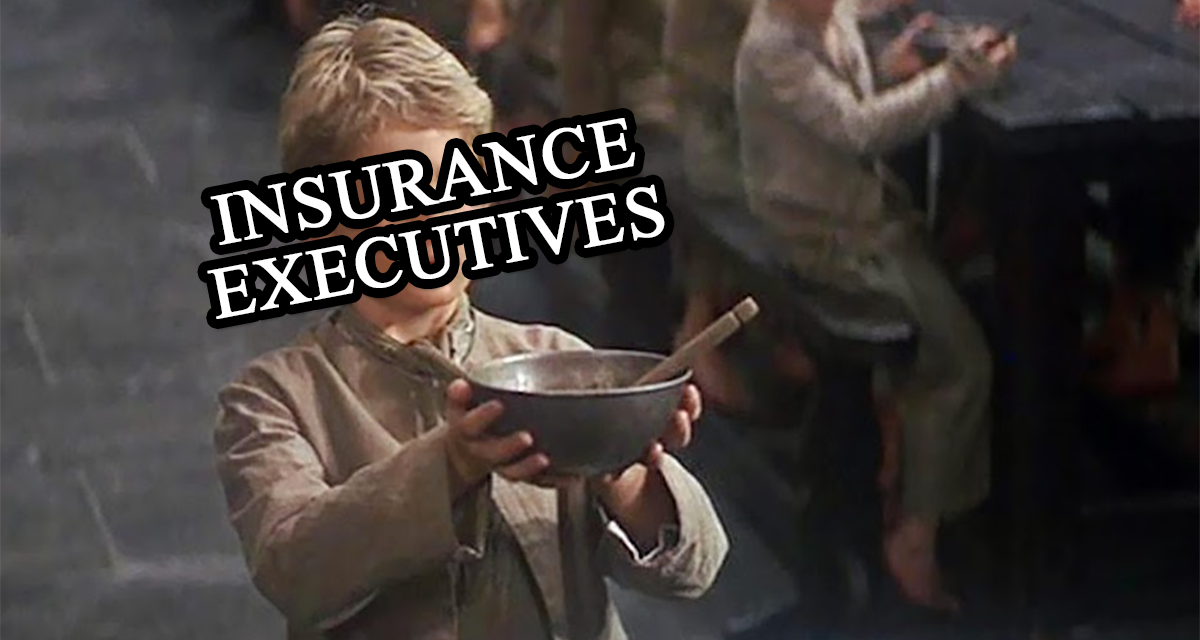 Jim Hightower's Radio Lowdown
Why should we subsidize higher pay for insurance CEOs?

We’re hearing a lot these days about House Speaker Paul Ryan’s 123-page legislative plan for Trumpcare, the GOP’s so-called “replacement” for Obamacare. In fact, we now learn that it’s actually a displacement plan – 24 million Americans who are now insured would no longer get coverage, the premiums paid by senior citizens would be jacked up, and the benefits for practically everyone would be cut.

But Ryan did make sure that one group with special needs will benefit from his legislative wizardry: The CEOs of giant insurance corporations. Understandably, none of the GOP lawmakers who’ve been loudly crowing about killing Obamacare have mentioned a little, six-line proviso hidden on page 67, discretely titled, “Remuneration from Certain Insurers.” In plain English, this gob of gobbledygook offers a tax subsidy that encourages insurance conglomerates to increase the pay of their top executives.

Current tax law says insurers can pay as much as they want to top executives, but they can only deduct $500,000 per executive from their corporate taxes. Under Ryan’s ripoff, however, we taxpayers would at least double and possibly quadruple the unconscionable salary subsidies we dole out to these enormously profitable corporations.

The White House and GOP Congress proclaim that their replacement of Obamacare is “The will of the people.” Really? How many Americans really think that jacking up the pay of superrich insurance chiefs is a proper use of our tax dollars? And I’d say a big majority of the people would think it immoral to steal lifesaving healthcare benefits from working-class and poor families just to subsidize corporate elites who’re already overpaid.

If Republicans actually think their executive pay subsidy is the will of the people, why are they trying so hard to keep it a secret from the people?