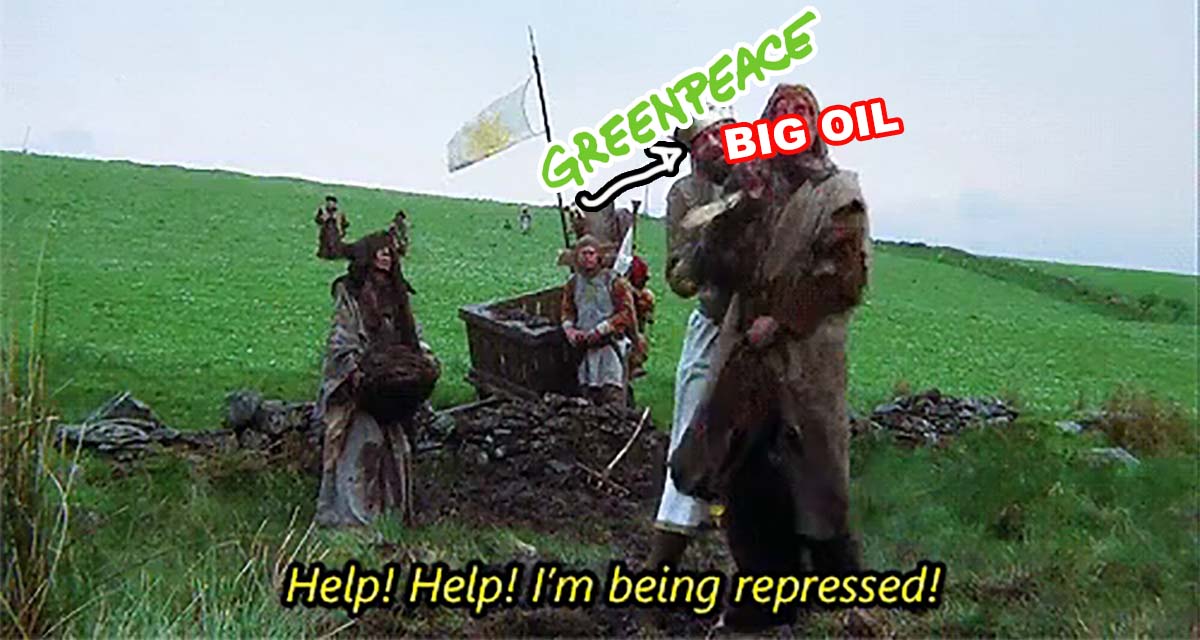 As George Bernard Shaw noted, “You don’t make progress by standing on guard, but by attacking, and getting well-hammered yourself.”

That certainly has been true of progressives in our country. It has been audacious American rebels who’ve incrementally advanced our democratic possibilities by defying the repressive laws of the authoritarian order. That’s what the revolutionaries of 1776 did, and so have subsequent generations of abolitionists, suffragists, unionists, populists, and other grassroots activists.

Now, add to them a team of bold environmental advocates. On September 12, to confront the looming global crisis of industrially induced climate change, 11 members of Greenpeace were suspended on static lines a couple hundred feet above the water from a huge bridge that spans the Houston Ship Channel, temporarily shutting down Big Oil’s largest US outlet for climate destroying petrochemicals.

Unfortunately, they quickly found themselves suspended in an even more precarious way. Their Constitutional freedoms of speech and assembly were suspended by a new, little-known law passed at the behest of the very same corporate powers they had dared to protest. Unbeknownst to the general public, oil giants and other multinational corporations have quietly been colluding with state officials to pass a series of autocratic laws that criminalize our right to protest at the sites of what corporations call “critical infrastructure.”

Each of the 11 Greenpeace activists involved in the ship channel protest, along with 20 others that were also arrested, now face years in prison and a permanent criminal record for “interrupting” Big Oil’s operations for 18 hours. So rather than protecting our fragile environment and Constitutional rights, America’s power elites are defending corporations… from us!