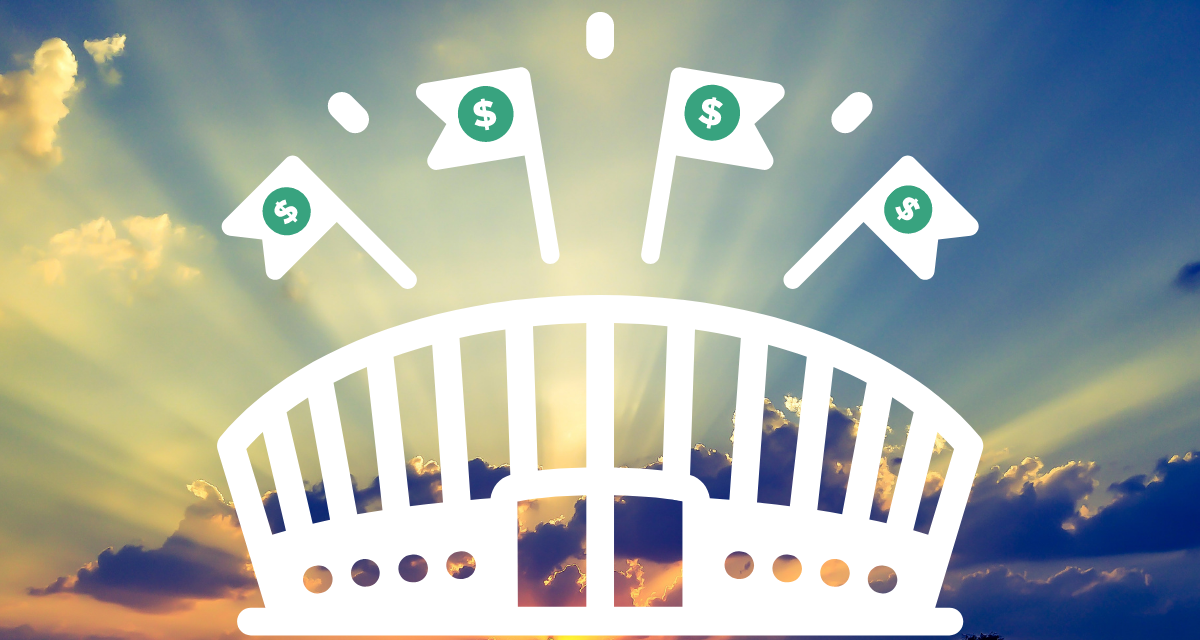 ‘Tis the season, right? Traditionally, this time of year celebrates spirituality and festivities – including Hanukkah, Christmas, and Kwanzaa.

In modern day America, however, the Winter Solstice signals the faithful to gather from afar in monumental temples to worship our nation’s supreme secular deity: Big Time Sports! Get ready for a non-stop frenzy of football, basketball, soccer, and more – with devout fans making tribal pilgrimages to their sacred stadiums and arenas.

But whatever the sport, the name of the game these days is the same: M-O-N-E-Y, for the people’s sport franchises are firmly in the grip of a self-regulating handful of secretive, überrich, autocratic, corporate owners. We might worship the team that actually plays the sport, but our money mostly goes to this ruling clique of billionaire barons.

Consider those gargantuan houses of worship where the games are played. We The People (including non-worshipers) paid for nearly all of them with tax dollars, usually with no chance to vote on the giveaway. Yet, a few dozen profiteering team owners are given control of the venues. They set and collect the outrageous ticket prices and are even allowed to gouge the faithful by charging $15 for one small beer!

Most insulting, these rich public welfare moochers pocket millions of extra dollars a year by turning these huge edifices (even those built with the people’s money) into private billboards by selling off the so-called “naming rights” to the highest corporate bidders. Thus, dozens of our major sports facilities don’t honor the cities they’re in, the citizenry, or even the team. Instead they’re gaudily plastered with brand names like FedEx Field, Minute Maid Park, RCA Dome, and Toyota Center – as though they’re corporate owned.

The money game is yet another corporate swindle, made even more corrupt by its expropriation of America’s sporting spirit for private greed.