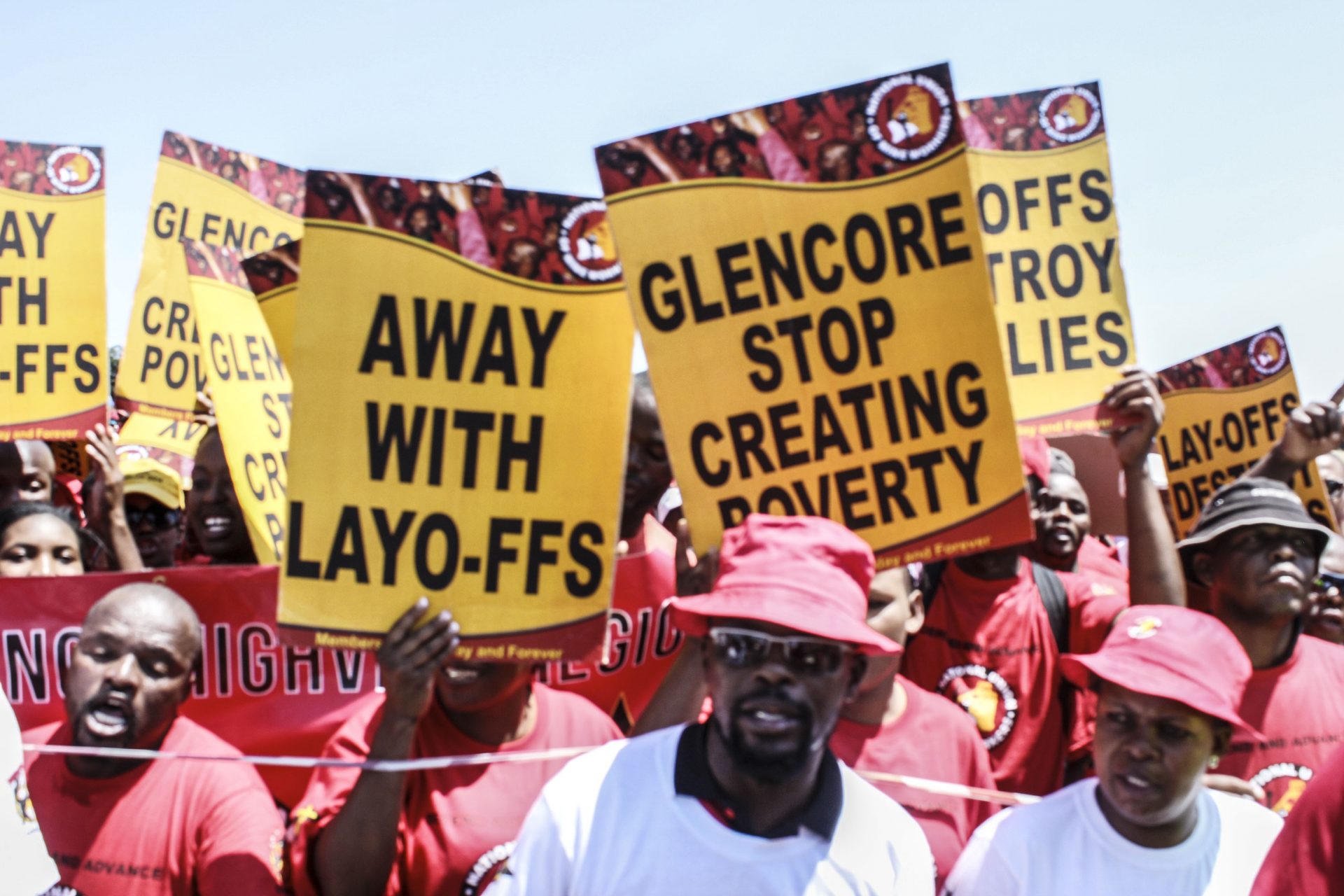 The “human resources” departments of huge corporations are known for issuing helpful bulletins to employees, such as this one: “The beatings will continue until morale improves.”

Beatings of workers these days take the form of slashing wages and benefits, offshoring jobs, busting unions, and generally disparaging and disrespecting the people who produce their products. It’s a hell of a way to run a business.

Consider the hellacious greed of Glencore, the 10th largest corporation in the world. Never heard of it? No surprise, for the new world order is dominated by such octopi that snarf up brand names and suck out profits. Glencore, a $233-billion, Swiss commodities conglomerate, gobbled up Alcoa aluminum corporation in 2007, which in 2001 had swallowed Reynolds aluminum.

Caught in this frenzy of corporate feasting are 450 steelworkers in Gregory, Texas. Employed by a company named Sherwin Alumina – which first was a subsidiary of Reynolds, then Alcoa, and now Glencore – they are top-quality producers of aluminum. In 2014, however, the highly-profitable Swiss conglomerate rewarded their productivity by demanding deep cuts in their pay and benefits.

When the members of the Steelworkers union rejected this insulting proposal, Glencore’s greedmiesters locked the 450 workers out of the plant, hoping to break their morale and bully them into accepting the raw deal. But this ploy only intensified the steelworkers’ resolve to reject such gross unfairness, turning their picketline into a symbolic stand against all global corporate elites who’ve adopted anti-worker thuggishness as a normal business practice and a core corporate value.

The gutsy steelworkers in Gregory, Texas, are not only standing up for themselves – but for you, me, and workaday people everywhere.