The Corporate Conspiracy on The Court 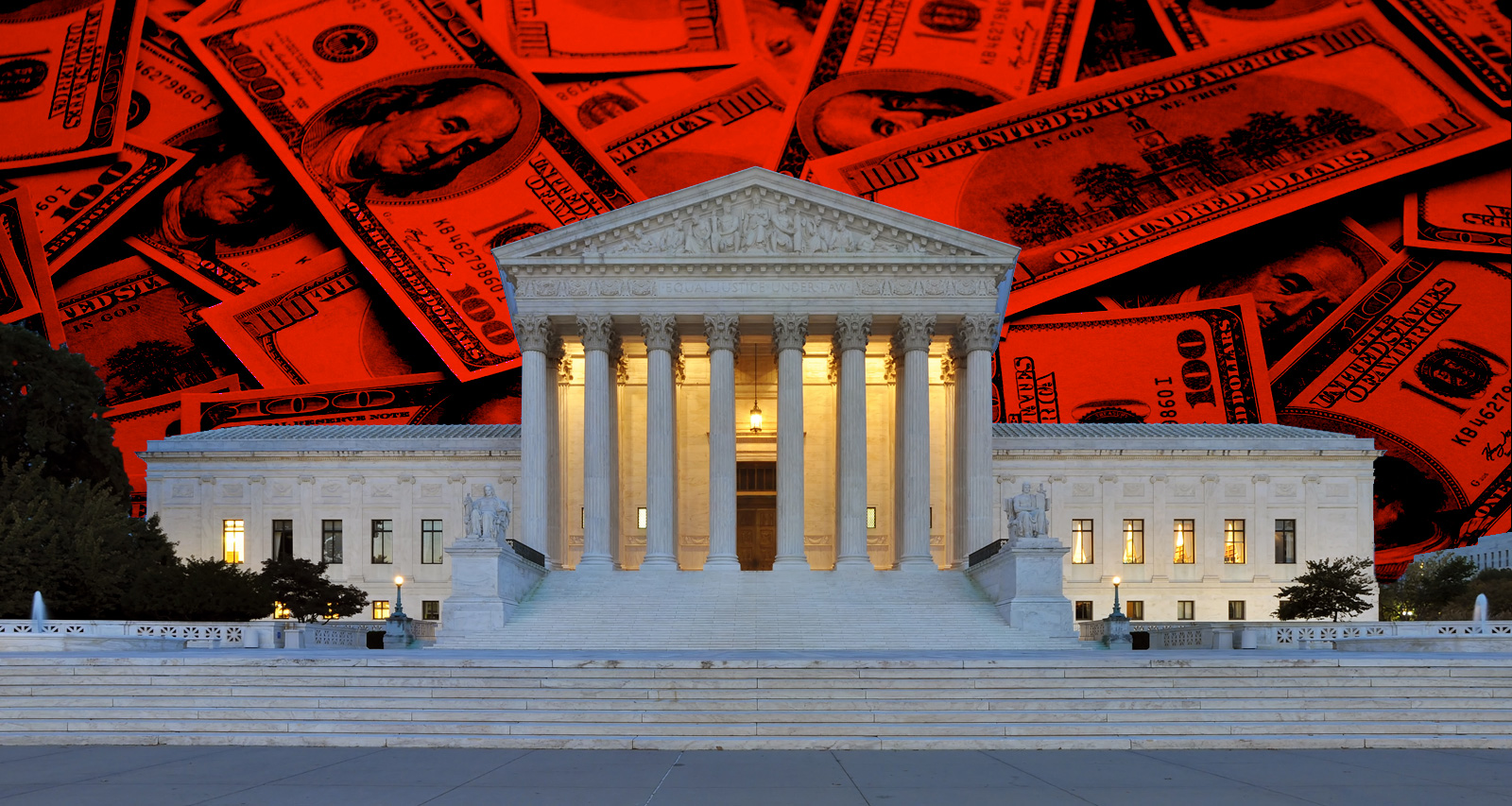 Usurping the fundamental rights of women to control their own bodies.

Nullifying the right of organizers to talk to workers about unionizing.

Who is rigging America’s legal system against workaday people? The Supreme Court’s right-wing extremists, that’s who. Just a handful of aloof, unelected judges have been turning what’s supposed to be a citadel of justice into an unrestrained political instrument for instituting autocratic, plutocratic, theocratic power over us. If that sounds like a coup, it is! A slow-motion power grab has quietly been underway for years, with a core group of corporate billionaires and far-right political operatives working (with practically no media exposure) to stack federal and state courts with partisan activists.

There’s even a smoking gun revealing this plot: A confidential memo to the Chamber of Commerce, written in 1971 by Lewis Powell – a corporate lawyer and consigliere for Big Tobacco. Powell lamented that such upstanding corporate citizens as tobacco giants were not getting the respect they deserved, nor did they have enough power over the nation’s political system.

That was absurd, of course, but Powell was dead-set on returning America to pre-New Deal days when corporate barons were the supreme, domineering force over America’s government, economy, and society. To get there, Powell’s memo noted that “with an activist-minded Supreme Court, the judiciary may be the most important instrument for social, economic, and political change” – by which he meant structural changes that empower moneyed interests over workers, consumers, et al. Just two months after Powell sent his memo, President Nixon awarded him a seat on the Supreme Court!

After decades of political maneuvering by a consortium of laissez-faire ideologues, dark-money billionaire funders, secretive front groups, and top GOP politicos, we now have the Supreme Court corporations want. Powell’s memo has literally come to life.