The GOP Is Literally Going Hunting for Illegal Voters 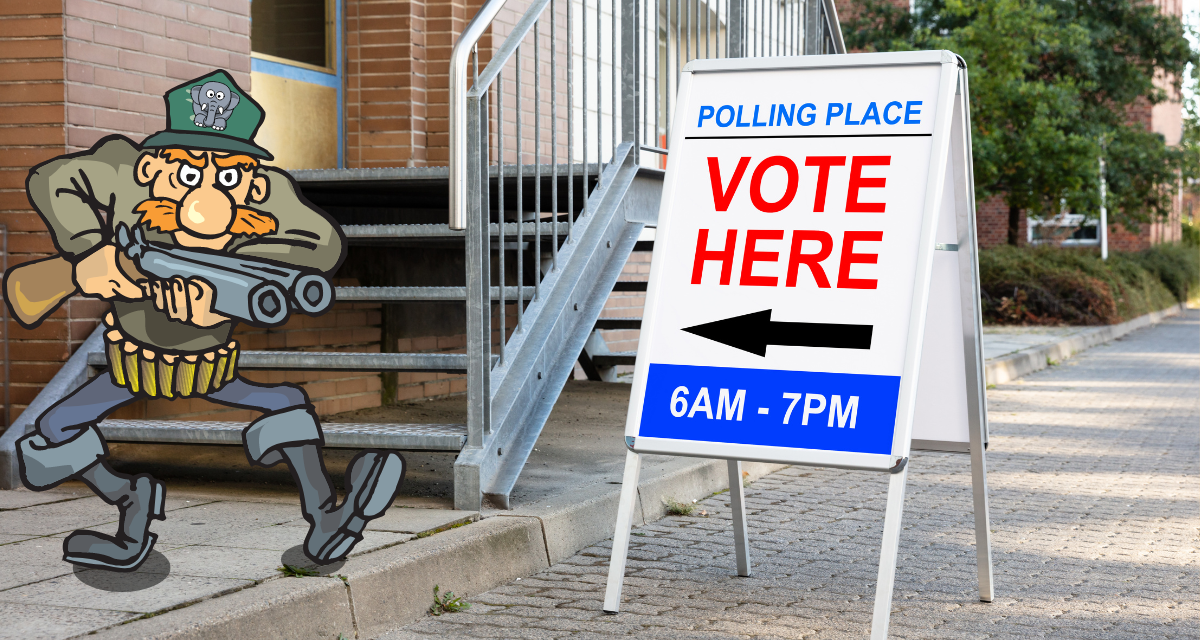 This election year has added a new season to our country’s calendar: The silly season.

Not silly as in fun – but as in asinine… and pernicious. Forget any notion that America’s elections should be about lofty ideals, important issues, and real ideas. Instead, right-wing screwballs have turned the GOP into the Goofy Old Party, running campaigns based on frat-boy stunts, horror movie scaremongering, and moronic games of hate-your-neighbor.

For example, the GOP reached a new level of political degradation this year by literally gamifying its obsession with non-existent voter fraud. Party honchos have repeatedly been humiliated by failing to produce any proof of their wild claims that Democrats are running a massive illegal voting operation across America.

So, they’ve turned their snipe hunt into a national game, forming online posses of GOP voter fraud vigilantes who compete to find and out illegal voters. Post the name of an unqualified person supposedly scheming to cast a ballot, and you get two points. Name a group planning to bus illegal voters to the polls – Bingo! – you get 50 points. There are also bonus points if you report someone trying to vote by using the name of their pet or a dead person. Isn’t this fun?

But the funnest part of this “sport” is that you score simply by posting names – no need for any evidence that it’s a real person, much less an illegal voter. What’s the prize? If you get enough points, you get to be called a “master.” Wow, this isn’t just silly… it’s pathetic.

Far worse, though, given the screwball fantasies of today’s right-wing extremists, this “game” is deadly dangerous. Some of the GOP’s vigilante’s say they’ll personally go door to door to get proof of fraudulent voting. What could possibly go wrong with promoting such unhinged confrontational zealotry? Ask Paul Pelosi.