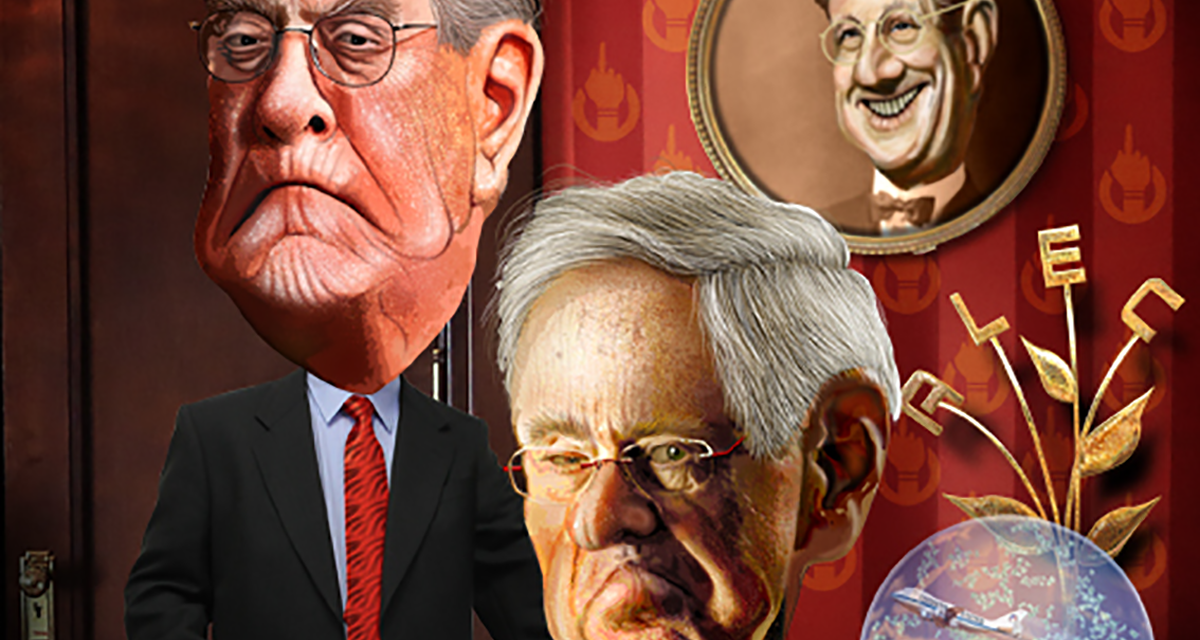 Tug on any right-wing thread in America, and you’ll most likely find that it’s tied to the multi-billionaire Koch boys, Charlie and David. While they’re infamous for funneling hundreds of millions of campaign dollars to presidential, congressional, and gubernatorial politicos willing to embrace the brothers’ self-serving agenda, few know of their equally-self-serving, plutocratic push to bend whole state governments their way. In addition to the millions that they’ve pumped into politicians and PACs in the past two decades, the Kochs are also dominant players in all things ALEC (American Legislative Exchange Council).

This spring, the Koch-ALEC duo and several of their billionaire brethren announced that they would jointly put nearly a billion dollars into the 2016 national elections, with a big chunk to Koch-ize the White House. But then, Trump happened. Charlie and Dave didn’t cotton to The Donald, so in July they announced they would not back a presidential candidate in this election.

But while most of the media assumed this meant that Koch cash would not be a force in 2016, boodles of money from the brothers’ bottomless campaign cache were quietly being injected into our country’s political terrain, nurturing right-wing corporatists running to fill such down-ballot seats of power as state legislators, attorneys general, judges, and secretaries of state. Digging into only a few of the opaque political funds of the multi-tentacled Koch cartel, the watchdog group Center for Media Democracy (CMD) uncovered 58 Koch-funded candidates for state legislative seats in just five states.

The actual number is much larger, for the bulk of the network’s donations go through “dark money” channels that hide the names of donors and recipients. For more information visit CMD: www.prwatch.org.