The Madness of Sen. Joe Manchin 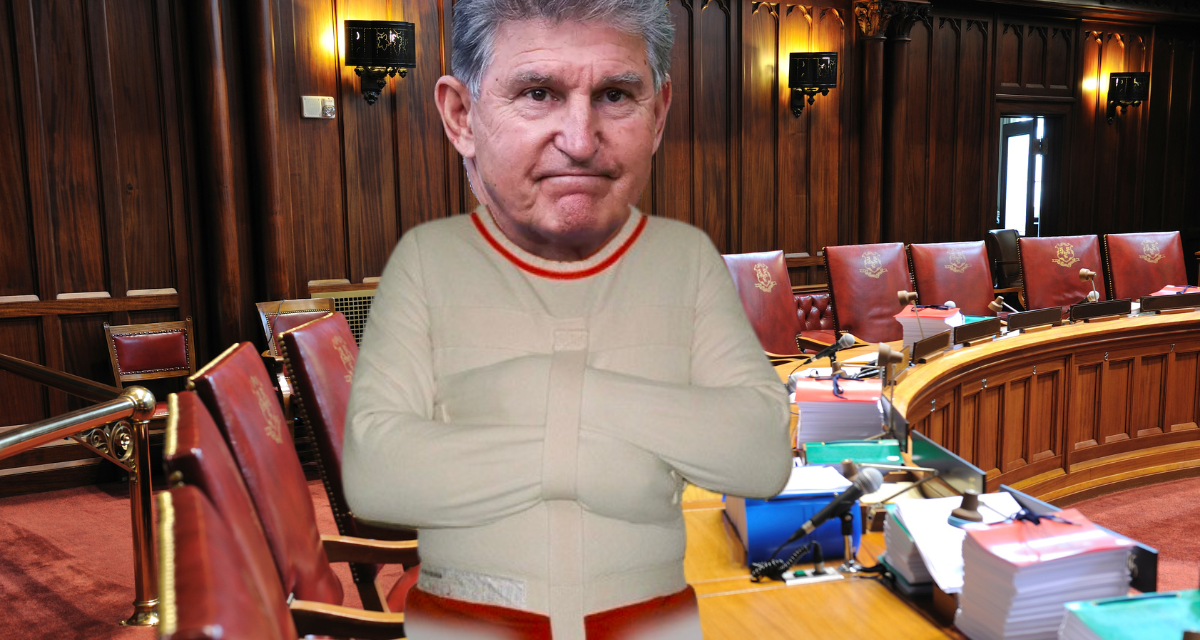 If you sometimes wonder whether Congress is obtuse, narcissistic, or just stupid, Sen. Joe Manchin is evidence that the answer is: Yes.

Plus, these days, the West Virginia corporate Democrat is mad – in both senses of the word. First, he’s mad at Representatives Pramila Jayapal, Raul Grijalva, Ro Khanna, and other gutsy progressive members of the US House. They rose up against their own Party leaders this month to kill Manchin’s corrupt, backdoor effort to force his massive Mountain Valley Pipeline project down the throats of rural and small-town people in his own state. Local people have repeatedly defeated this foul fossil fuel boondoggle, but their senator kept conniving with industry lobbyists and congressional leaders to revive it, trying to stiff the public will.

His latest gambit was to hide the MVP scam in the humongous $850 billion military budget, hoping no one would notice. But Jayapal, Grijalva, and a few other progressive leaders did notice… and they had the chutzpa and the votes to strip it out of the Pentagon bill.

This drove the plutocratic senator from being mad (as in angry) to going mad (as in nutty). The defeat of his political scheme, he wailed, was the result of “toxic tribal politics,” adding that “This is why the American people hate politics in in Washington.”

Get a grip, Joe! You’re the one in Washington sneaking around to help the superrich corporate tribe rig government rules to extract more profit from actual toxic contamination of people, whole communities, and Mother Nature. You, and your corrupt cohorts, are why millions of Americans hate Washington politics.

Oh, by the way senator, if you really think toxic gas pipelines are essential for America’s energy future– why don’t you and your industry funders run some under your neighborhoods for a change?