The New York Times strikes out 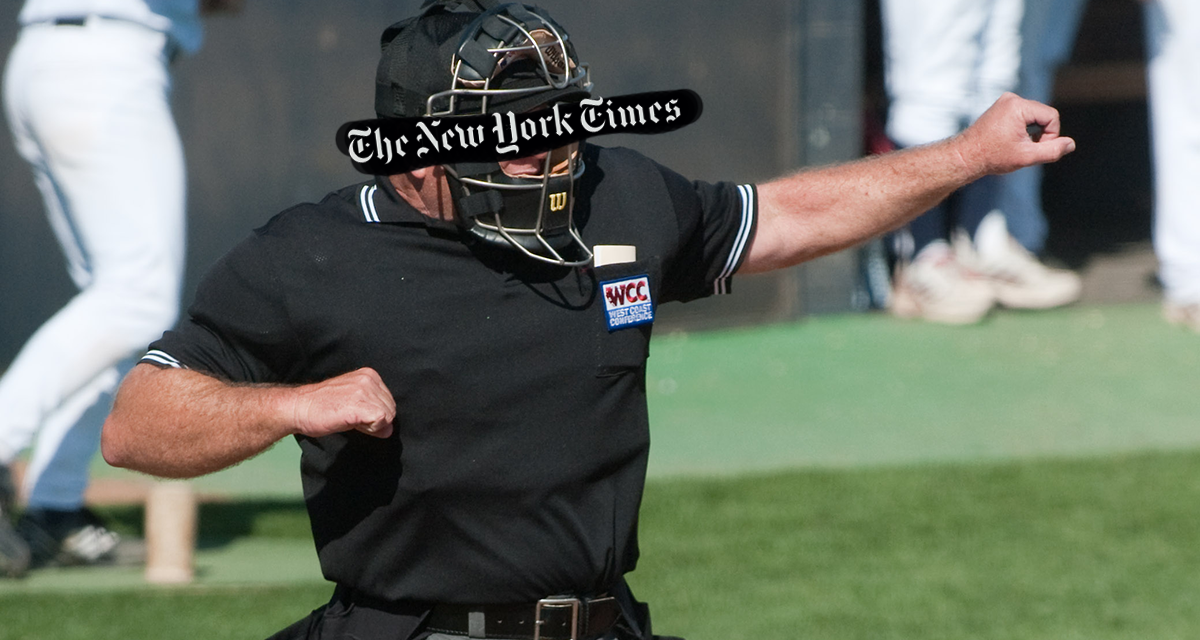 For more than a century, The New York Times has unabashedly bragged in a banner slogan that it publishes “All the News That’s Fit to Print.”

Really? Then why did it publish a June 25 front-page article that was neither news nor fit to print? It was gut-job attacking Our Revolution, the aggressively-progressive, grassroots political movement that sprang out of Senator Bernie Sanders’ 2016 presidential run. The Times scoffed that “fewer than 50 percent of the more than 80 candidates [OR] has endorsed have won elections this year.”

Huh? News flash for clueless media cognoscenti: Winning anywhere near half of your campaigns is a stunning achievement! It’s all the more stunning that it’s being achieved by the feisty progressive rebels of Our Revolution, for nearly all of the candidates they endorse are unconventional, first-time contenders who start out with no name recognition, no fat cat money, and no support from establishment power brokers. I happen to be a board member of the upstart Our Revolution movement, so I know many of these gutsy mavericks personally, and I’ve seen their surprisingly successful campaigns from the ground level.

They are winning because they’re bringing political integrity and Bernie’s big policy ideas to voters hungry for both – and because, in less than two years, OR has organized hundreds of thousands of democratic populists into more than 600 active political networks all across the country, including grassroots organizing in red areas the party has long ignored.

Asked about the Times’ mocking of the movement’s win-loss record, Sen. Sanders deadpanned: “It’s not a baseball game.” In fact, though even the biggest of baseball superstars have never come close to a .500 batting average! Nor will the Times ever hit .500 on its pledge to cover all the news fit to print.