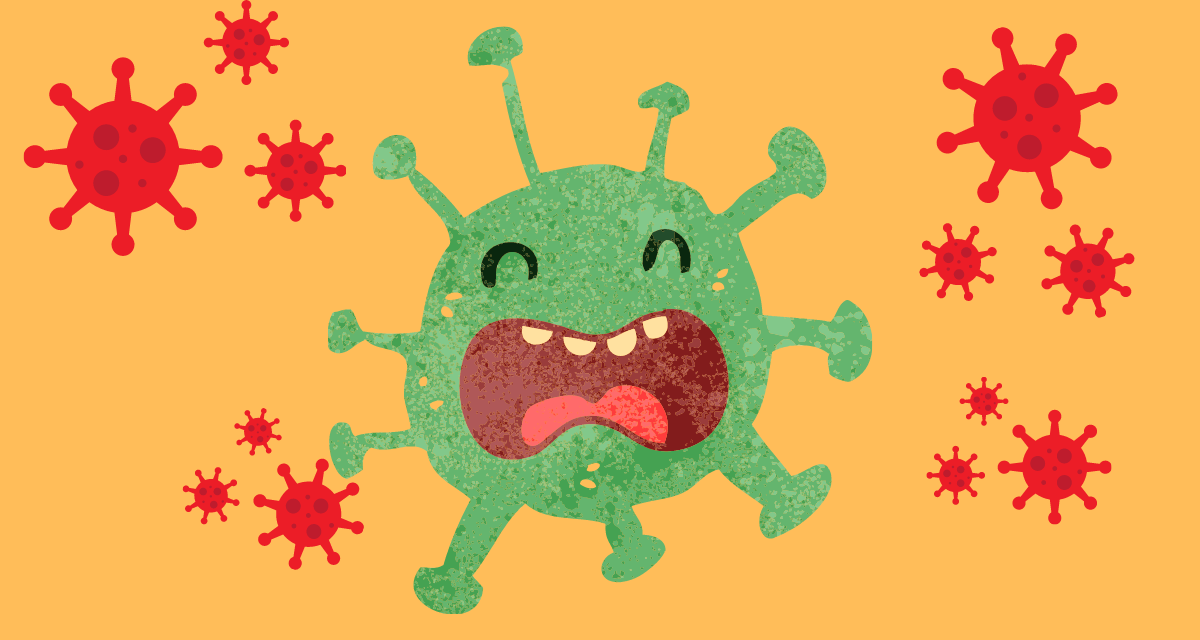 WARNING: A mutant coronavirus named Gubernatorious Imbecilious is spreading across the country, threatening to become pandemic.

Originating earlier this year in the Texas governor’s office – infamously known as “The Laboratory of Bad Government” – the brain-eating virus escaped, is now drifting unchecked on the political winds, and has already infected occupants of governorships in Florida, Idaho, Iowa, Nebraska, and South Dakota.

An early indicator that your governor, too, might be coming down with Gubernatorious Imbecilious is if he or she begins ranting paranoically that the mighty USofA is being “invaded.” Yes, invaded by masses of migrants from Mexico, Central America, and Hell itself – all intent on rape, murder, drug peddling, mayhem, and ultimately the usurpation of our nation.

Having such a delusional governor is embarrassing, but the disease turns downright scary when infected governors try acting on their paranoia. Greg Abbott, for example, the GOP governor of Texas, is the one who conjured up this current invasion fantasy and is causing it to go viral in Republican Statehouses. Abbott is a frantic Chicken Little, squawking that “a tidal wave” of amnesty seekers crossing our southern border are “causing farmers to lose their crops… homes are being invaded… neighborhoods are dangerous… people are being threatened.”

His solution? Build a wall! Yes, obviously demented by Gubernatorious Imbecilious, the extent of Abbott’s creativity is an insane repeat of Donnie Trump’s failed boondoggle of a border wall. To fund his goofy political gambit, the governor has expropriated $250 million from the state’s meager budget to “secure our border.” Apparently, no one has told the Guv that $250 million would build less than 10 miles of wall on our 1,200-mile border with Mexico… and won’t keep anyone from crossing.

Did I mention that Abbott wants to run for president? Not of the Insane Governors Club, but of America! Seriously.