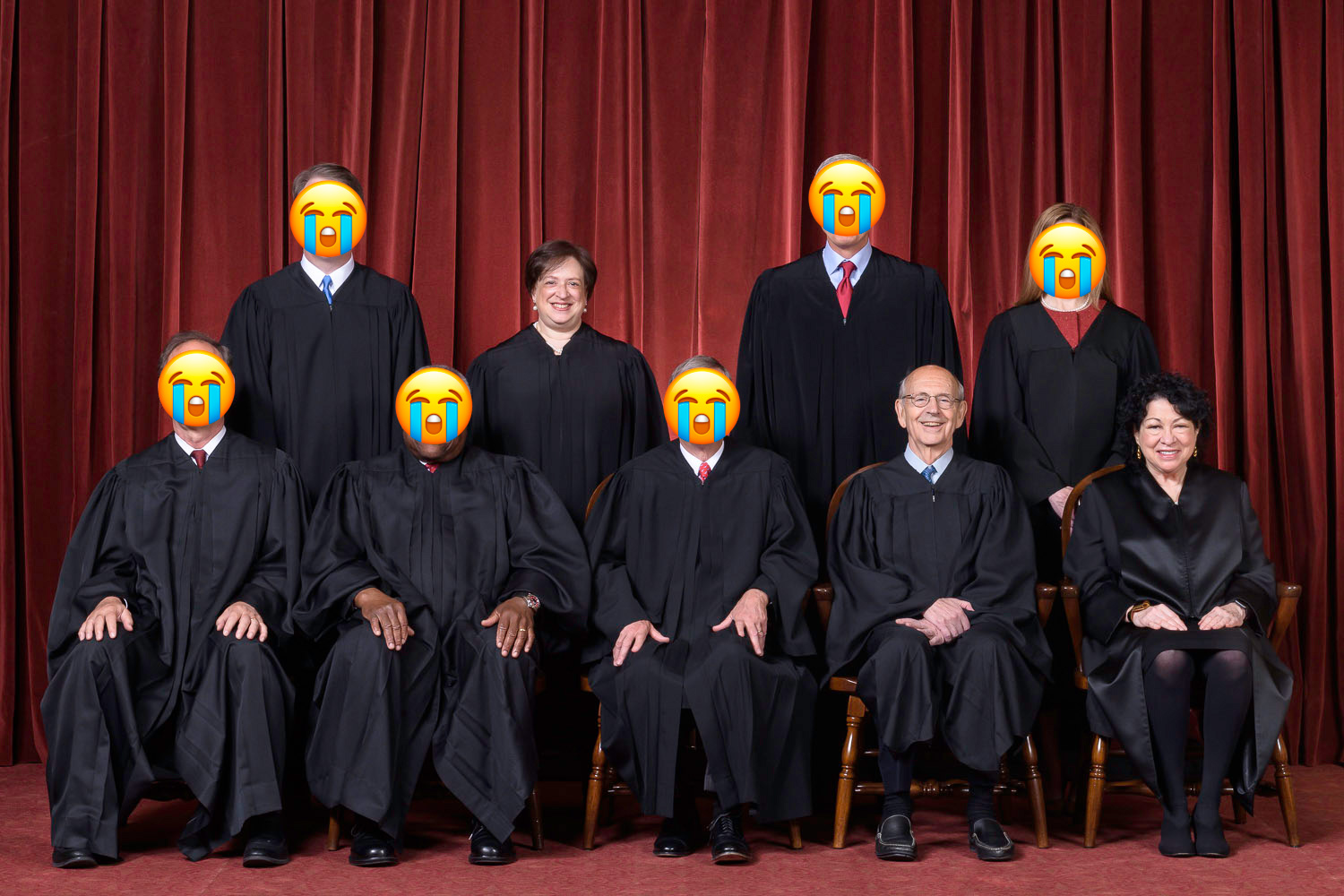 Ralph Waldo Emerson told about a guest who came to dinner and spent the entire evening prattling about his own integrity: “The louder he talked of his honor,” Emerson wrote: “the faster we counted our spoons.”

Today, America has not one, but six guests in our national home babbling about their integrity. They are the six extremist Republican judges who now control our Supreme Court, and it’s a bit unsettling to hear them go on and on, almost frantically pleading with us to believe in their judicial impartiality. For example, the Court’s newest members, Amy Coney Barrett, suddenly blurted out at a public forum in September that “this court is not comprised of a bunch of partisan hacks.”

In fact, each of the six were installed on the court by right-wing Republicans specifically because they had proven to be devout partisan hacks. Interestingly, Barrett made her unprompted and strained assertion of judicial integrity at the McConnell Center – named for Mitch McConnell, the rabidly-partisan GOP senator who pulled a fast one last year, rushing Barrett onto the bench on a party-line vote just before Republicans lost control of the senate. Indeed, old Mitch himself, introduced Barrett at the forum where she gave her “we-are-not-partisan-hacks” speech. He grinned proudly at the pure hackery of his partisan protégé.

Another hard-core partisan on the court, Sam Alito, whined in October that critics accuse the Court’s GOP majority of being “a dangerous cabal that resorts to sneaky and improper methods to get its way.” Well golly Sam, yes, we do think that, because again and again you partisans sneak up on the Constitution and We The People to twist the law to fit your political bias and personal whims. If you don’t want to be considered political hacks – stop being political hacks.