The shame of climate-change deniers 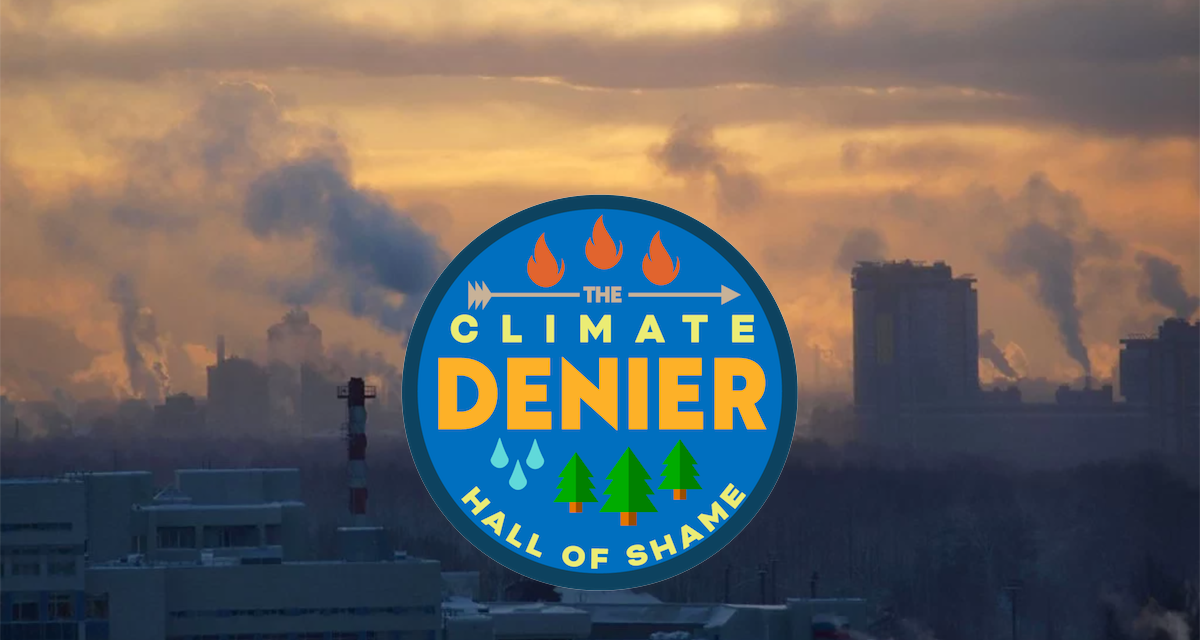 Shame is that queasy feeling you get when you realize you’ve done something improper, ridiculous… or just flat-out contemptible. But it’s socially invaluable, for feeling ashamed is a built-in jerk alarm, keeping most of us from doing the same embarrassing thing again.

But what if you’re not embarrassed by being a jerk? Sure enough, some individuals who rise to high places are so consumed by self-importance, self-righteousness, self-aggrandizement, and all things selfish that they feel no shame – even when their narcissism does gross harm to others. One example is the clique of prominent polluters, politicos, and propagandists who are climate-change deniers. They shamefully use their prominence to enhance their own fame and fortune – while glaciers melt, oceans rise, extreme weather expands, species perish, and Earth itself spins toward being unlivable.

Unable to acknowledge shame, they need help. Luckily, a feisty group called Cowboys for Liberty has stepped forward to acknowledge it for them by establishing a “Climate Deniers Hall of Shame.” Among the first class of infamous deniers are Charles and David Koch, who’ve dumped more than $100 million into front groups opposing efforts to halt climate change; Sen. Jim Inhofe, the dotty old dean of deniers, who has called global warming a conspiracy spawned by the Weather Channel; and the former CEO of Exxon Mobil, who secretly funded hoked-up “academic” reports to discredit the science of climate change.

The Hall of Shame is fun, but it’s not a prank. It points out that climate change is not only caused by human action, but also by human inaction – and putting names and faces to the small group of humans selfishly preventing progress can help the majority of us see that we can (and must) rise up to stop them.