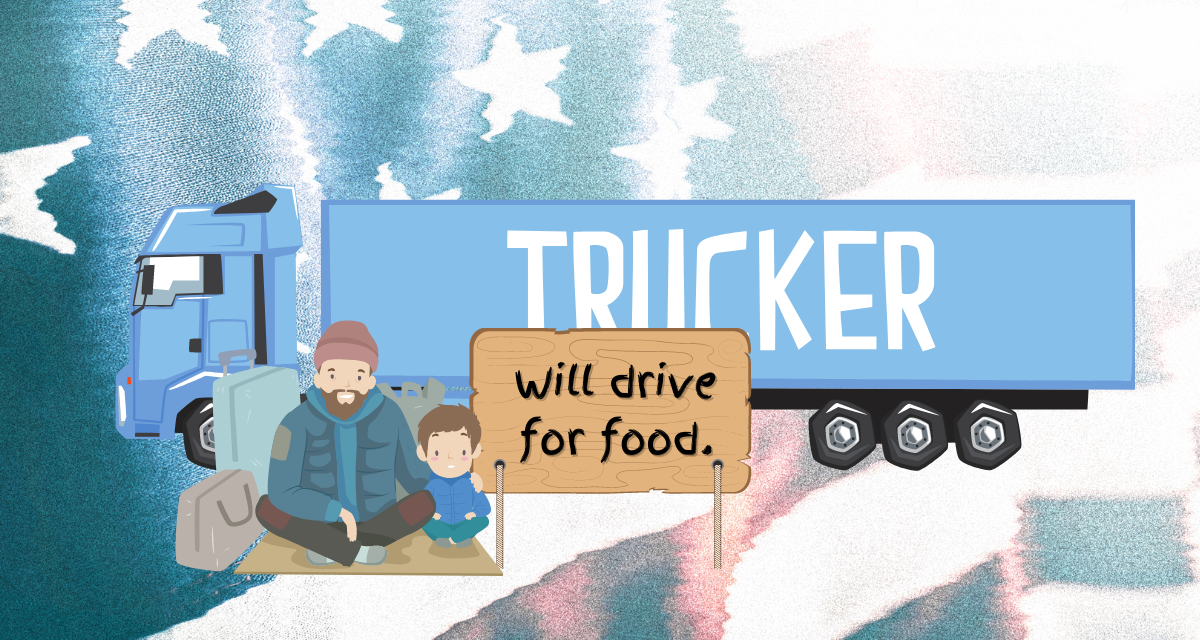 But today the phrase has become ironic, for America’s truck drivers themselves are no longer moving on down the line of fairness, justice, and opportunity. What had been a skilled, middle-class job in the 1960s is now largely a skilled poverty-wage job, thanks to the industry’s relentless push for deregulation and deunionization, decoupling drivers from upward mobility. Trucking has been turned into a corporate racket, with CEOs arbitrarily abusing the workers who move their products across town and country. To enable the abuse, corporate lawyers have fabricated a legal dodge, letting shippers claim that their truck drivers are not their employees, but “independent contractors.”

Thus – Hocus Pocus! – drivers don’t get decent wages, overtime pay, workers comp, Social Security, health care, rest breaks, reimbursement for truck expenses (including gasoline, tires, repairs, and insurance) … and, as “contractors,” drivers are not allowed to unionize. This rank rip-off has become the industry standard, practiced by multibillion-dollar shipping giants like XPO, FedEx, Penske, and Amazon. The National Employment Law Project recently reported that two-thirds of truckers hauling goods from US ports are intentionally misclassified as contractors, rather than as employees of the profiteers that hire, direct, set pay levels, and fire them.

Of course, corporate bosses try to hide their greed with a thin legalistic fig leaf – “We believe our [drivers] classifications are legal,” sniffed an XPO executive. Sure they are, sport, since your lobbyists write the laws! But might doesn’t make right, “legal” doesn’t mean moral, and “boss” spelled backwards is double-S.O.B.