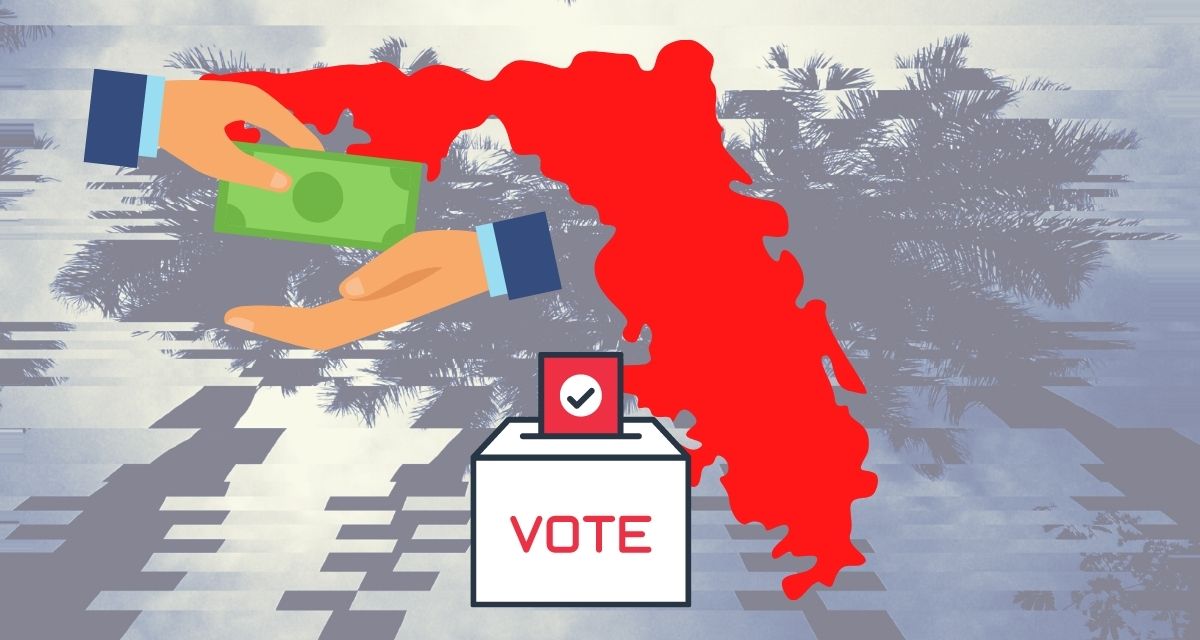 How nasty is the Republican Party’s massive campaign to thwart democracy? Ask the good people of Florida.

This was one of only three states that permanently took away the voting rights of felons – who’d completed their punishment. In 2018, though, a whopping 65 percent of Floridians voted for a state constitutional amendment that finally struck this malicious bit of legal ugliness from the books, thus restoring the political personhood of about a million people who’d served their time.

But, led by Ron DeSantis, Florida’s right-wing goose of a governor, the GOP demanded that an appeals court of hyper-partisan federal judges overrule 2018’s landmark vote by the people and slam the door once more on the rights of discharged felons. They’re not entitled to vote, squawked these vindictive ballot suppressors, unless and until they’ve paid off the full amount of court costs and fees they were assessed.

Money, asserted Republican leaders, must trump social justice, human decency, and political rights for these mostly indigent people who’re unable to pony up a thousand bucks or so. Even if ex-felons are regularly making payments to clear the debt – tough luck say the Republican repressors, no vote until every penny is paid.

It’s a flagrant case of rigging the system to steal the votes of a low-income constituency generally inclined to support Democratic policies and candidates. It also amounts to an unconstitutional poll tax, made more intolerable by applying it to one class of citizens (largely people of color) specifically to disenfranchise them.

The court’s six-judge Republican majority (five appointed by Trump) cynically defied the US Constitution and the Florida electorate just weeks before November’s presidential election, effectively incarcerating some 774,000 potential voters in a partisan debtor’s prison. Yet, the people’s battle for justice goes on – to say connected, go to Florida Rights Restoration Coalition: FloridaRRC.com.