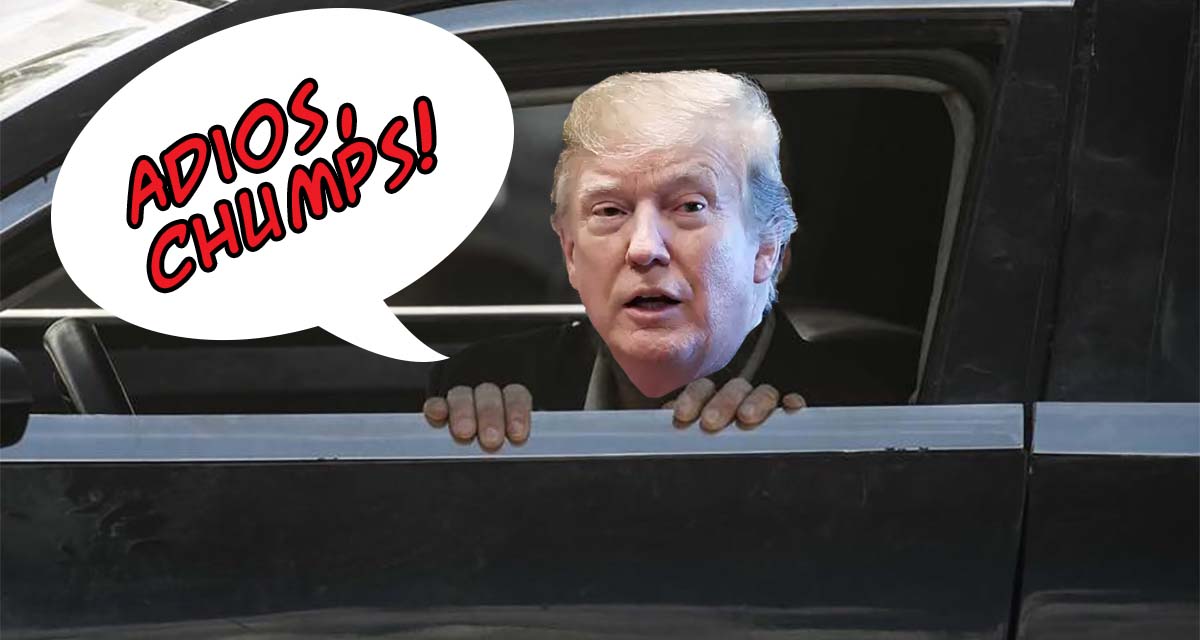 We have a president who mistakes price for value. Thus, to measure America’s economic health, he simply checks the price of corporate stocks. And that tells him the economy is great, for since he’s been in office, Wall Street has been whizzing!

Unfortunately, though, it’s whizzing on you and me. That’s because Wall Street is an inequality machine. One, its rules allow top executives to jack up their own wealth by artificially inflating their corporation’s stock prices; two, big investors favor corporations that offshore jobs, cut wages, and otherwise knock down workers.

Worse, while he pretends to be a champion for America’s workers, he’s been a one-man working-class wrecking crew, systematically destroying employee rights and protections against the abuses of corporate bosses. On everything from overtime pay and minimum wage to workplace safety and the right to form a union, Trump & Company has sided with corporate interests over working stiffs – essentially saying to workers: You’re on your own. Adios, chumps.

So, the economic “boom” that he so vaingloriously talks about is actually the sound of the middle-class crashing. That thunderous boom-boom-boom represents millions of Americans who’re living paycheck to paycheck, who have little or no savings and inadequate health coverage, who can’t afford the ripoff drug prices Big Pharma is being allowed to charge, who’re sinking in debt – and all they’re getting from Trump are his vapid political rallies, shouting “MAGA,” Make America Great Again.

Inequality doesn’t just happen – it’s caused by the deliberate actions of power elites. Far from reducing inequality, Trump has intentionally escalated the corporate war on working-class Americans. Under his regime, nearly half of all new income today is going to the wealthiest 1 percent. Political sloganeering aside, America won’t be great again until all Americans – not just millionaires – are actually doing great.