What does “Trumponomics” actually amount to? 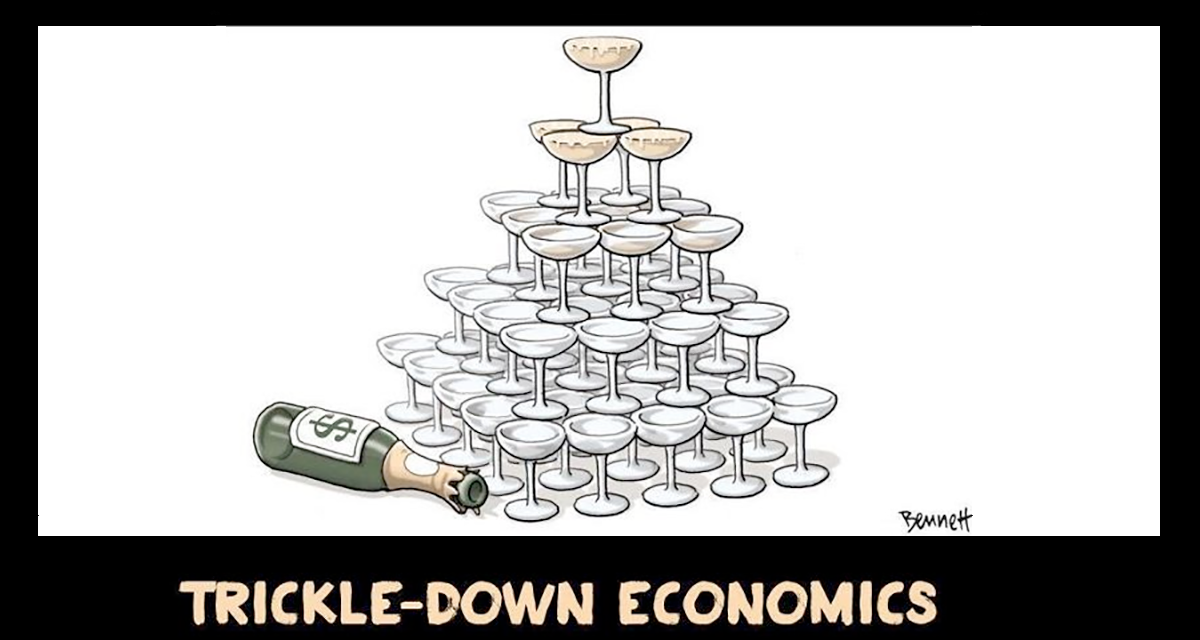 Jim Hightower's Radio Lowdown
What does "Trumponomics" actually amount to?

Donnie Trump – what a maverick! What a shake-’em-up outsider! What an anti-establishment fighter for working stiffs!

Oh, and don’t forget this: What a phony!

The Donald sounds like a populist on the stump, bellowing that the system has been jerry-rigged by and for the corporate and political elites, which is killing the middle class. Well, he’s right about that, but what’ll he do about it? I’ll fix it, he barks, I’ll make the system honest again – trust me!

As Groucho Marx said, “To know if a man is honest, ask him – if he says he is, he’s a crook.” Or, in the case of this phony populist, you could look at the specific “fixes” he’s proposing in his blueprint for the “economic renewal” of America’s working class.

Trump’s idea of “working class” turns out to be millionaires and billionaires, for that’s who would get the bulk of benefits from his agenda. In his blustery speeches he assails corporations that are offshoring and outsourcing American jobs, charging them with knocking down middle-income families and devastating working-class cities – but he then turns and rewards them! His proposed tax cuts, for example, don’t benefit low-wage workers at all and provide only a pittance of gain for those with middle-class paychecks, but corporations are given a huuuuuuuge windfall with a nearly 60 percent cut in their tax rate. This giveaway will also take $240 billion a year out of our public treasury – money desperately needed for such basics as expanding educational opportunities and restoring our nation’s dilapidated infrastructure.

What we have here is the same-old failed, elitist hokum that Republicans have been peddling for decades, only his is delivered with more bombast. Rhetoric aside, the reality of Trump’s plan is to replace Ronald Reagan’s trickle-down theory with his own arrogant, anti-worker scheme of TINKLE-down economics.