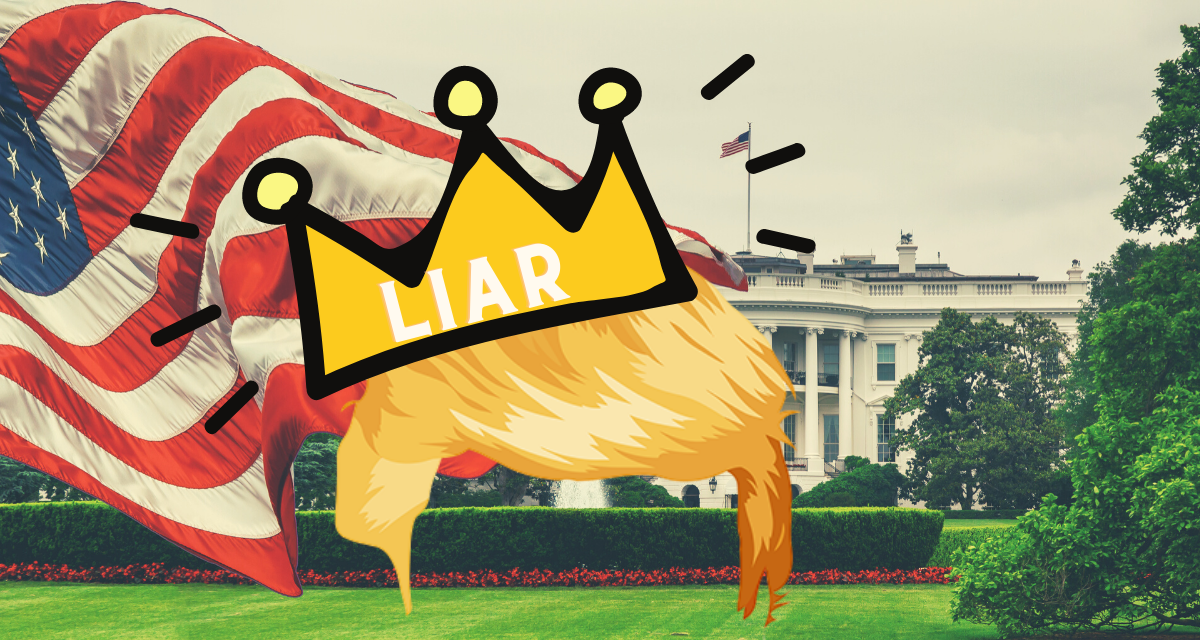 Shortly after taking office, Trump puffed himself up in full Trumpian pomposity to proclaim: “We will honor the American people with the truth, and nothing else.”

Well, “nothing else”… unless you count a record-shattering number of more than 20,000 documented lies he’s uttered in only three-and-a-half years. He’s now lying that a tsunami of voter fraud is about to hit our land and deny him reelection. Of course, as every investigation has concluded the only widespread voter fraud in our country is the GOP fraud that voter fraud is rampant. But what’s really at work here is that The Donald is in a cold panic about losing, so his only hope is to do two things: First, use the fraud bugaboo as an excuse to restrict voting in precincts that vote for Democrats; and, second, delegitimize a Democratic win in advance by creating the myth that his loss could only be caused by hordes of illegal voters.

Thus, he and his obsequious political party are actually spending untold millions of dollars in a disgraceful effort to try to keep American voters from casting ballots. Their tactics are worthy of the sleaziest of tinpot dictators from the banana republics of old. For example, they’ve simply closed the neighborhood voting places in thousands of Democratic areas, and they’ve monkeyed with our nation’s postal service in a crude effort to restrict mail-in voting. Then, William Barr, Trump’s pathetic toady of an attorney general, even tried to boost the trickster’s chances by ludicrously suggesting it might not be illegal for his backers to vote twice!

So now, nearly four years after promising he’d tell us nothing but the truth, the fabricator-in-chief declared this year that he’s entitled to re-election because “Unlike so many who came before me, I keep my promises.” Obviously, that’s his fattest lie yet.