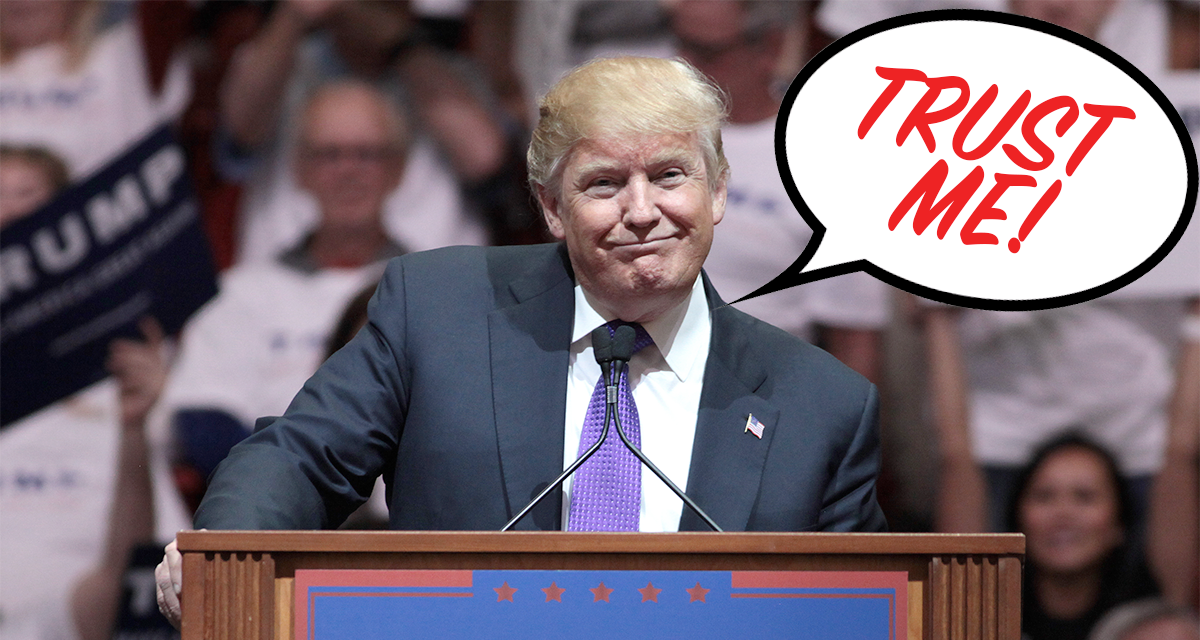 Well… not directly for you. Trump’s trillion-dollar whopper of a tax break will only go to such multinational corporations as Apple, GE, Johnson & Johnson, and Microsoft. However, Trump will push for these cuts in your name, insisting that the trickle-down effect will be to create thousands of new jobs for America’s hard-hit working stiffs.

Here’s the deal: To dodge paying the taxes they owe to our country, many US-based global giants have stashed about $2-trillion worth of their profits in offshore bank accounts. Now, they want to bring this pile of loot home – yet they want to be rewarded for doing so by having the taxes they owe to us slashed. Enter The Donald, who has delighted these scofflaws by offering to tax that offshore income at the low rate of only 10 percent, versus the 30 percent you and I pay for America’s upkeep. “Trust me,” exclaims the Donald. They’ll expand their businesses here and generate jobs for you!

I was born at night, but it wasn’t last night. We’ve been suckered with this tax holiday scam before. In 2004, George W. Bush pulled it on us – and instead of creating jobs, the corporate tax-dodgers actually eliminated thousands more of our jobs!

Why’d that happen? Because they put their “repatriated” profits not into expanding business, but (1) buying back their corporations’ stock, which jacks up the payout to top executives and the richest shareholders, and (2) shrinking the number of businesses by buying up competitors and firing duplicate workforces.

The way to know whether or not Trump’s tax holiday will benefit workers is to see if it requires that corporations actually create the thousands of good jobs promised – before they get any tax break. Anything less is just another swindle.