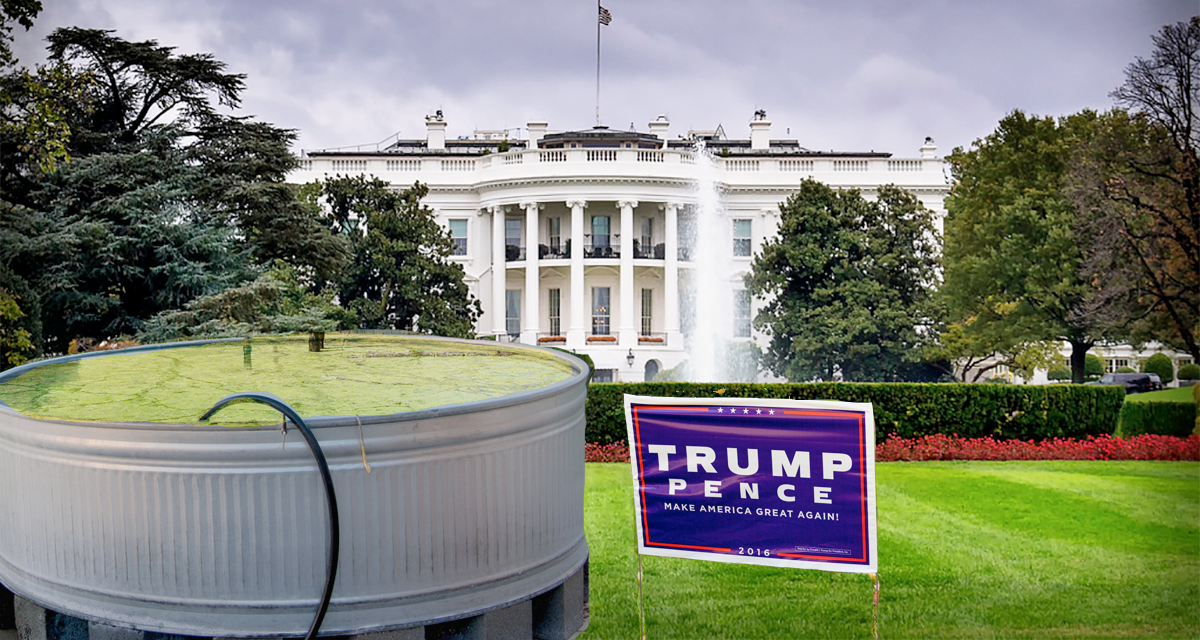 Jim Hightower's Radio Lowdown
How is "Trump's Washington" like a Jacuzzi?

In Trump’s presidential campaign, it was his frequent, unbridled slaps at Wall Street elites and arrogant, job-busting corporate executives that gave him the “populistic” patina he needed to win. But, wait a minute – who’re those guys escorting The Donald into the Oval Office?

Oh my God, they’re Wall Street elites and arrogant corporate executives! Trump campaigned on the theme of remaking Washington by “draining the swamp” of pay-to-play corporate favoritism and cronyism. But those swamp critters are the very ones who’re buying favors from the president-to-be by putting up tens of millions of dollars to pay for his inaugural extravaganza and his transition operation.

The transition team itself, which is literally shaping and staffing our next national government, is a viper’s nest of pay-to-play corporate interests. The teams setting up the various agencies and writing their agendas are dominated by top operatives from anti-worker corporations and from the same Wall Streeters whose casino-style speculation crashed our economy in 2007 and crushed the middle class. Now, they are on the inside, deciding who will fill more than 4,000 executive positions and run our government.

Some 850 of these corporate high-rollers and lobbyists huddled with Trump himself in early December for a fundraiser at a posh Manhattan restaurant to pay for putting together his government – and theirs. The room was filled with moneyed elites like Paul Singer, the hedge fund billionaire and extremist laissez-faire ideologue. These are not people who’re going to finance any sort of working-class populism, but instead intend to use The Donald’s victory to impose a plutocracy over America.

Far from “draining” the Washington swamp, Trump is turning it into an exclusive Jacuzzi for the rich.