Wall Street thieves find “New Way” to steal from us 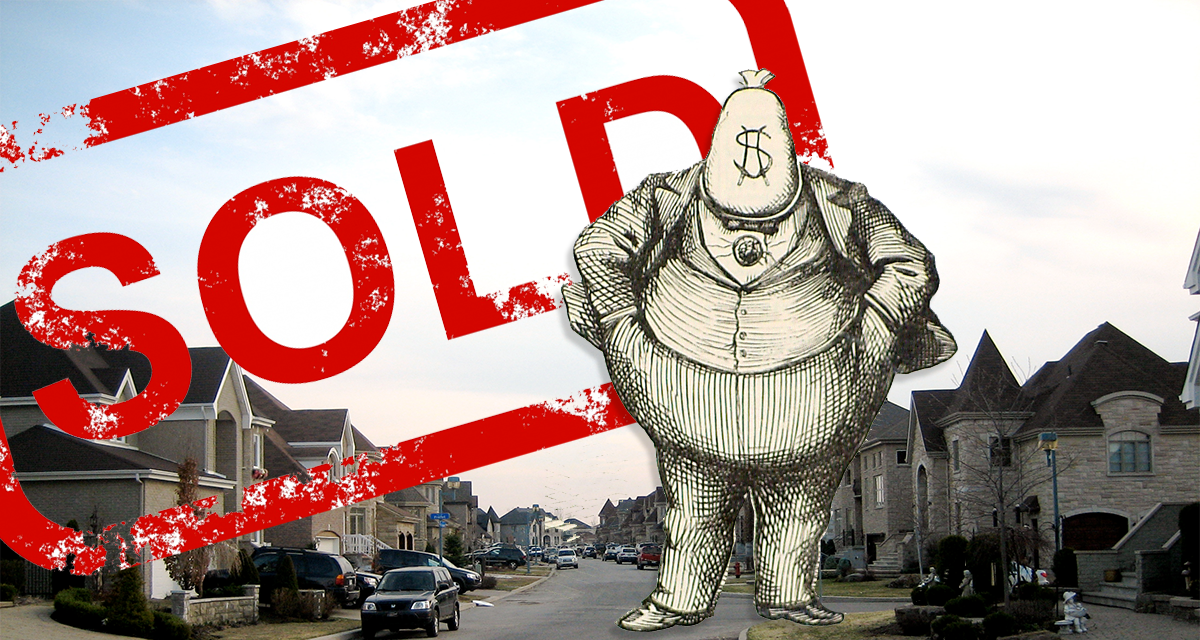 We know that millions of American families lost their homes after Wall Street’s 2007 financial crash… but where did all those houses go?

It turns out that Wall Streeters themselves formed profiteering investment groups that rushed out to scoop up tens of thousands of those foreclosed properties, usually grabbing them on the cheap at courthouse auctions in suburban metro areas that were hard-hit by the crash. These moneyed syndicates have deep, deep pockets, so they easily outbid local buyers to take possession of the majority of the single-family homes being sold off in many distressed places.

Why are they buying? To turn the homes into rental properties and become the dominant suburban landlord, controlling the local market and constantly jacking up rents. For example, the Wall Street Journal found that in Nashville’s suburb of Spring Hill, just four of these predatory giants own 700 houses – giving this oligopoly of absentee investors ownership of three-fourths of all rental houses in town. One of these bulk buyers is an arm of Blackstone, the world’s largest private equity firm, another is an equity outfit that was spun out of the housing speculation department of Goldman Sachs, and another is a billionaire whose investors include the Alaska State Oil Fund.

Not only do rents jump dramatically when such outfits seize a market, but Wall Street’s intention is to impose “a new way” on housing America: They’re pushing a cultural shift in which homeownership is no longer part of the American Dream and tenants are taught to accept annual rent increases as the price of having a home.

So the banksters crash the economy, you lose income and your home, they buy your house at auction, then they rent it to you at an ever-increasing price. The “new way” is the same old story: The rich robbing the rest of us.