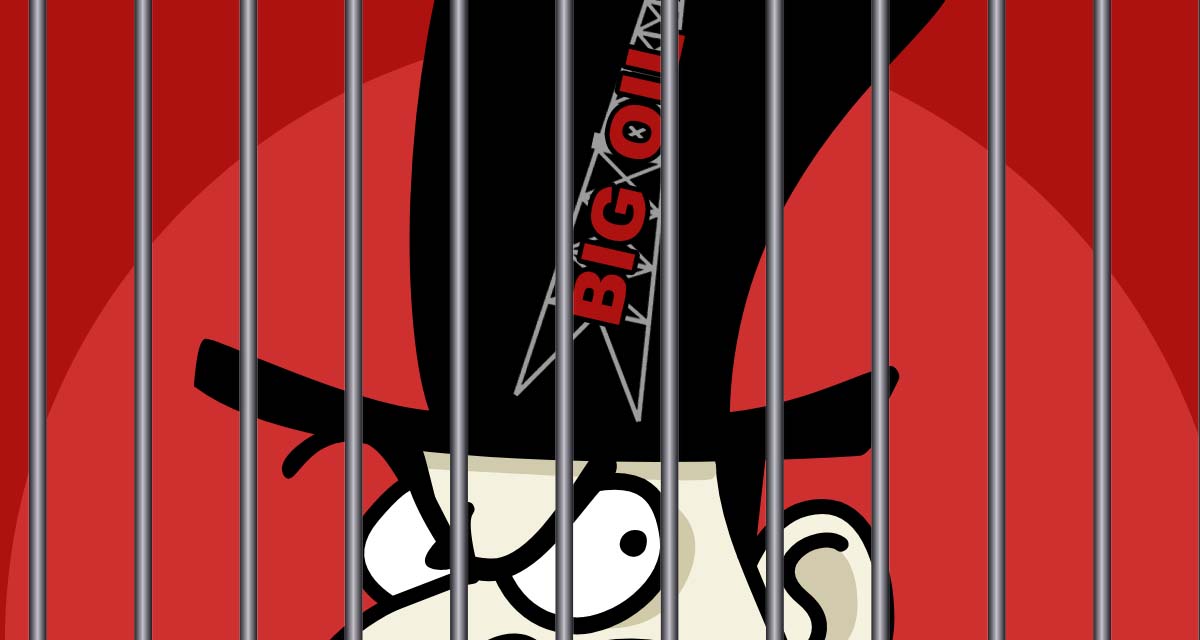 The one thing you never want to hear your dentist say is: “Oops!”

It’s also alarming to hear that from a former-US senator, 25 years after he’d passed a temporary oil subsidy for Big Oil. With world petroleum prices low at the time, Sen. J. Bennett Johnston pushed through a special break in 1995, temporarily exempting the giants from paying federal royalty fees for the publicly-owned crude they take from the Gulf of Mexico. The idea was to give a brief reprieve on royalties to encourage oil corporations to drill here.

But – Oops! – our lawmakers made a costly slip up: They forgot to specify in the law that the exemption was temporary – once market prices recovered, the corporations were to resume payments to us taxpayers. “It was never the intent that everybody would get a free ride forever,” says one official.

Sure enough, market prices recovered by 2006, yet, the oil barons simply thumbed their nose at the public saying, “Tough luck, suckers!” Since there’s no limit written in the law, they’ve just kept sucking up all the public oil they can without paying a dime in royalties.

This is no petty thievery. Chevron, Shell, Exxon, BP, and even China’s state-run oil corporation are among the giants that have taken at least $18 billion from our nation’s treasury so far – and their haul increases every day that they’re allowed to pump up profits through this unintended loophole.

The only thing bigger than Big Oil’s avarice is its arrogance. The industry recently warned Congress not to even try plugging the loophole, claiming such an attempt would be “engaging in a dangerous game of bait and switch.” But – hello Big Oil – one force bigger than you is an infuriated public.

To help spread the fury and stop this thievery, go to SierraClub.org/topics/oil.