Welcome to the new “Trump Tower” he’s building for you 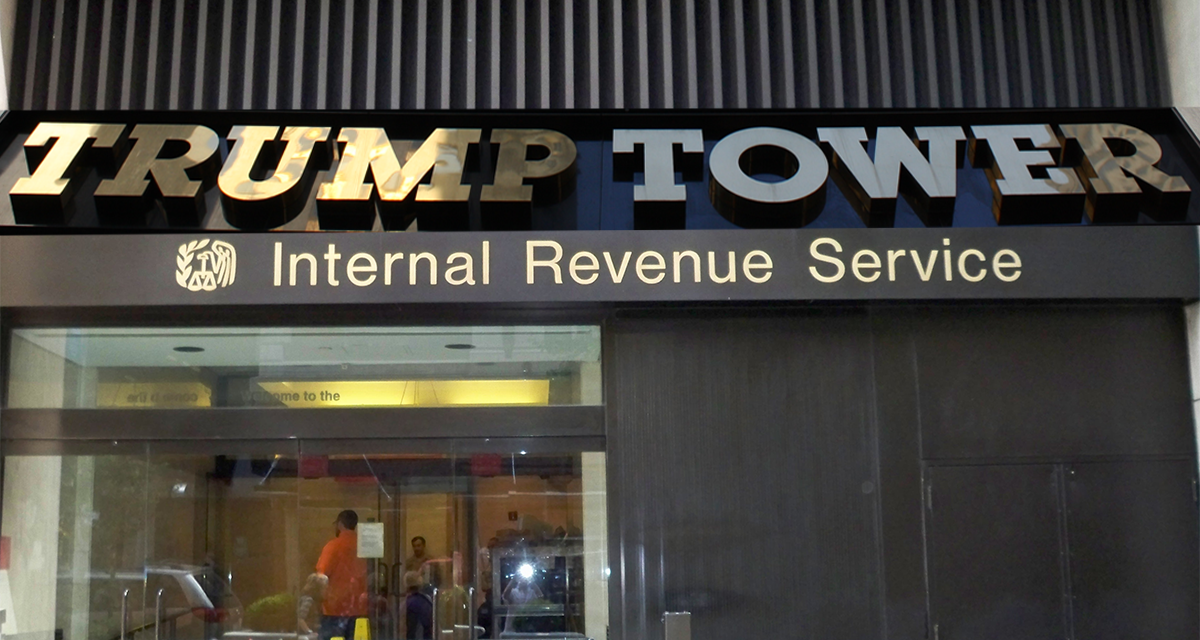 If you’ve ever been to any of the cities graced with a Trump hotel, casino, resort, etcetera – you know that The Donald splashes his name in giant, gaudy letters across every structure he owns, preferably in gold.

Now, he’s taken ownership of a massive new structure, and he might not want his name on this one. It’s Trump’s towering re-do of America’s tax law – and it’s truly golden. For the super-rich, that is, revealing in hard numbers whom his presidency really serves: Not just the 1-percent, but the 1/10 of 1-percenters who are multimillionaires… like – guess who? – him.

First and foremost, the Trump tax plan slashes the payments that giant corporations make to support our nation. He claims that this will let corporate elites raise the wages of workers and create jobs, winking at the fact that, of course, the elites will pocket every dime of his tax giveaways. And – shhhh – he doesn’t mention a little secret gotcha: A third of his corporate benefits go to foreign owners of American corporations.

Meanwhile, Trump’s luxurious new tax structure eliminates many benefits for middle class families, such as tax deductions for medical expenses, college tuition, and interest paid on student loans. He wants modest-income families to pay more, so he can eliminate current taxes on his own uber-rich family, including killing the alternative income tax paid by the rich and the estate tax (which applies only to the immense fortunes of a handful of America’s richest families).

Did I mention that the gilded tax structure proposed by this self-described business genius would hang an additional $1.5 trillion debt around our children’s necks? No surprise, for Trump’s grandiose luxury projects were often built with other people’s money, advancing himself before he slipped away, leaving others to grapple with the bankruptcy.