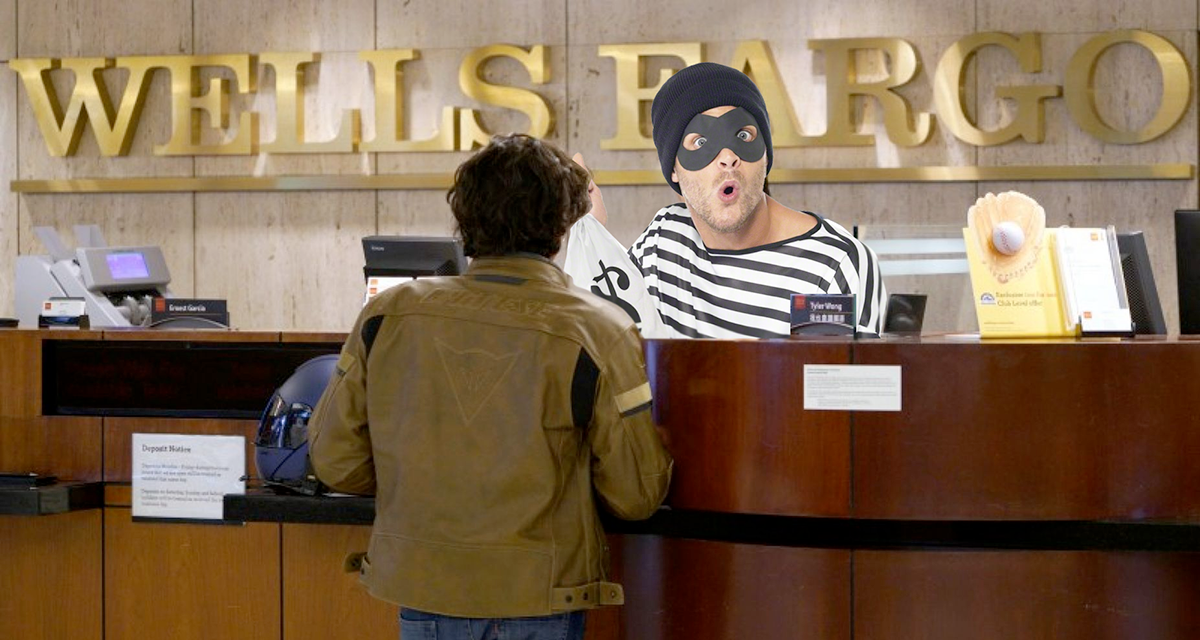 Just when you thought that, surely, Big Banker greed had bottomed out with 2008’s Wall Street crash and bailout – along comes Wells Fargo, burrowing even deeper into the ethical slime to reach a previously-unimaginable level of corporate depravity.

It’s one thing for these giants of finance to cook the books or defraud investors, but top executives of Wells Fargo have been profiteering for years by literally forcing their employees to rob the bank’s customers. Rather than a culture of service, executives have pushed a high-pressure “sales culture” at least since 2009, demanding that front-line employees meet extreme quotas of selling a myriad of unnecessary bank products to common depositors who just wanted a simple checking account. Employees were expected to load each customer with at least eight accounts, and employees were monitored constantly on meeting their quota – fail and you’d be fired.

That’s why the bosses’ sales culture turned employees into a syndicate of bank robbers. The thievery was systemic, and it was not subtle: half a million customers were secretly issued credit cards they didn’t request; fake email accounts for online services were set up without customers’ knowledge; debit cards were issued and activated without telling customers; depositors’ money was moved from one account to another; signatures were forged – and, of course, Wells Fargo collected fees for all of these bogus transactions, boosting its profits.

CEO John Stumpf was recently forced out because of the scandal, but what about the other top executives and the board of directors – all of whom were highly-paid partners in this crime?  Stumpf was not the only rotten apple at Wells Fargo. This is not a case of a few bankers gone rogue, but of a whole bank gone rogue, rotting from the head down.