What are the Koch Boys up to? 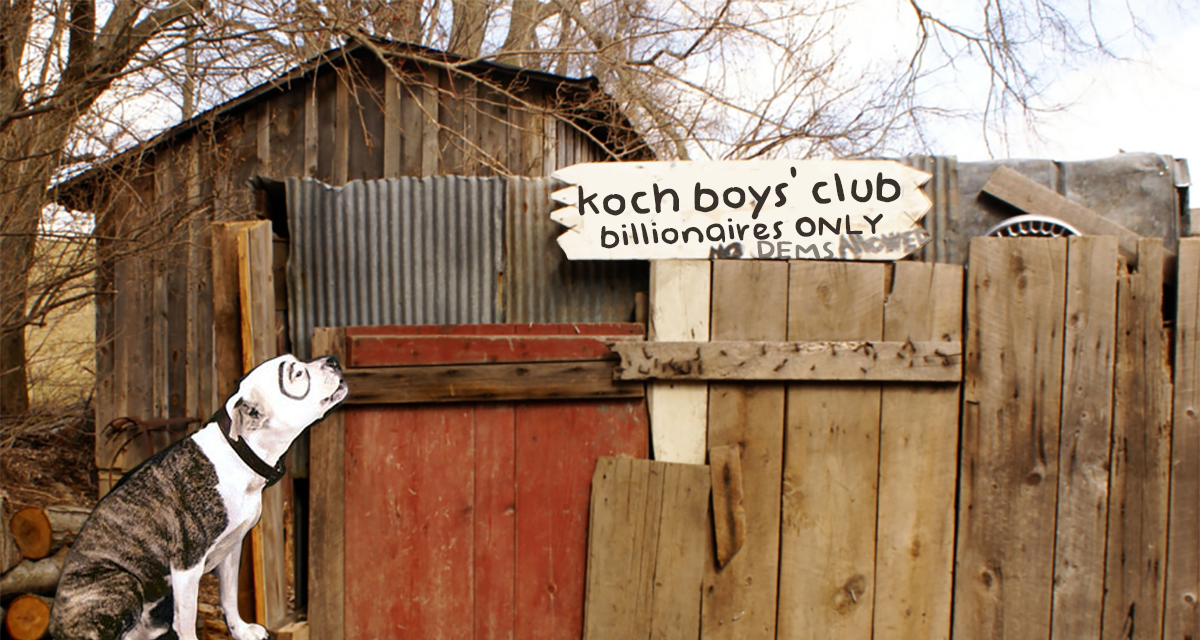 Jim Hightower's Radio Lowdown
What are the Koch Boys up to?

Where are Charlie and Dave, Mrs. Koch’s two mischievous boys?

The Koch brothers have stayed out of the national limelight recently but they’re still trying to supplant American democracy with their little laissez-fairyland plutocracy. In fact, in late June, they held a meeting of the Koch Boys Billionaires Club, gathering about 400 other uber-wealthy rascals to plot some political high jinks for next year’s elections.

The club meets every year at some luxury hideaway, and its attendees have to pay $100,000 each just to get in, but participants are also expected to give generously to the brothers’ goal of spending $400 million to buy a slew of congress critters, governors, and others in 2018.

This year, the group gathered in Colorado Springs at the ultra-lux Broadmoor Hotel and Resort, owned by the brother’s billionaire pal and right-wing co-conspirator, Phillip Anschutz. Among the recent political triumphs that these elites celebrated in the Broadmoor’s posh ballroom was the defeat this year of the Colorado tax hike to fix the states crumbling roads. After all, who needs adequate roads, when you can arrive in private jets? This attitude of the Koch’s privileged cohorts explains why the public is shut out of these candid sessions. A staffer for the Koch confab hailed such no-tax, no-roads, policies as a “renaissance of freedom.” For the privileged, that is – freedom to prosper at the expense of everyone else.

Indeed, their agenda includes killing such working class needs as minimum wage and Social Security and privatizing everything from health-care to public education. This self-absorbed cabal of spoiled plutocratic brats intends to abandon our nation’s core democratic principle of “We’re all in this together.” If they kill that uniting concept, they kill America itself.