What did we learn from Antonin Scalia’s death? 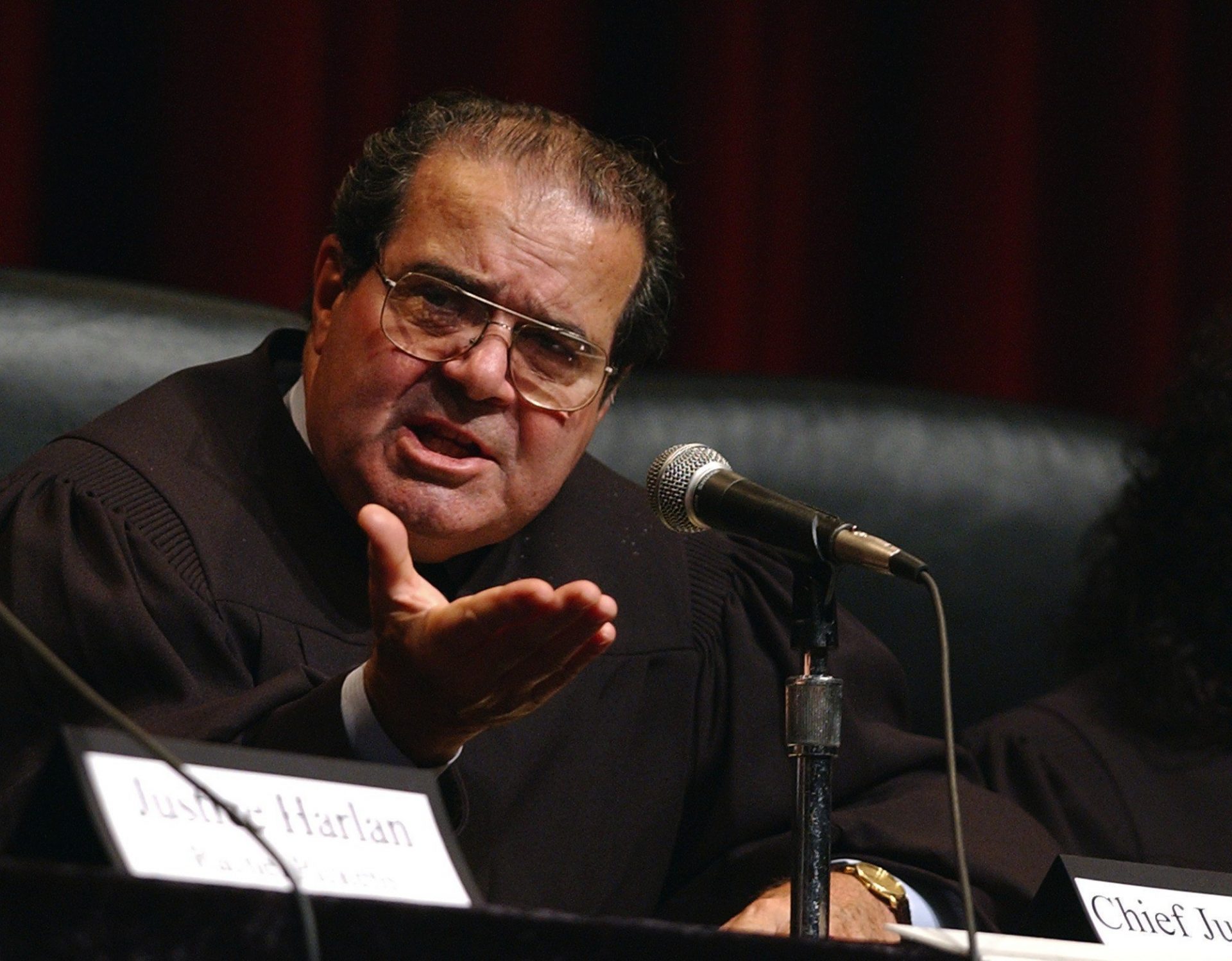 Jim Hightower's Radio Lowdown
What did we learn from Antonin Scalia's death?

How curious that Supreme Court Justice Antonin Scalia died in, of all places, an exclusive, West Texas hunting lodge.

Curioser yet, all expenses for hizzonor’s February stay were paid by the lodge’s owner, John Poindexter. He’s a Houston manufacturing mogul who had won a favorable ruling from the Court in an age-discrimination case last year. In another curiosity, the names of some 35 other people who were in Scalia’s hunting party are being kept secret. Moreover, the late judge (an ardent promoter of corporate supremacy over people’s rights) was flown to the Texas getaway for free aboard someone’s or some corporations’ private jet, but the name of this generous benefactor has also been withheld. Curious, huh?

This is not a murder mystery – by all accounts, Scalia died of natural causes. Rather it’s a moral mystery. Who was buying (or repaying) favors from such an enormously-powerful member of America’s highest court? There’s a bit of poetic justice in the fact that Justice Scalia, in particular, passed away under such circumstances, for his expiration exposes a little known ethical loophole through which moneyed interests can curry special favors from Supremes: Judicial junkets.

The West Texas hunting excursion was hardly Scalia’s first freebie. He has been the most frequent Supreme Court traveler on “Conflict-of-Interest Airlines,” accepting more than 280 privately-paid-for jaunts in the past dozen years to luxury destinations, including Hawaii, Hong Kong, Ireland, Napa Valley, Palm Springs, and Switzerland.

Every lower-court judge is subject to a formal code of conduct – but the nine top court judges have exempted themselves from it. Scalia’s inconvenient demise in the desert shows why we can’t trust them to self-police their integrity. For more information, go to www.FixTheCourt.com .