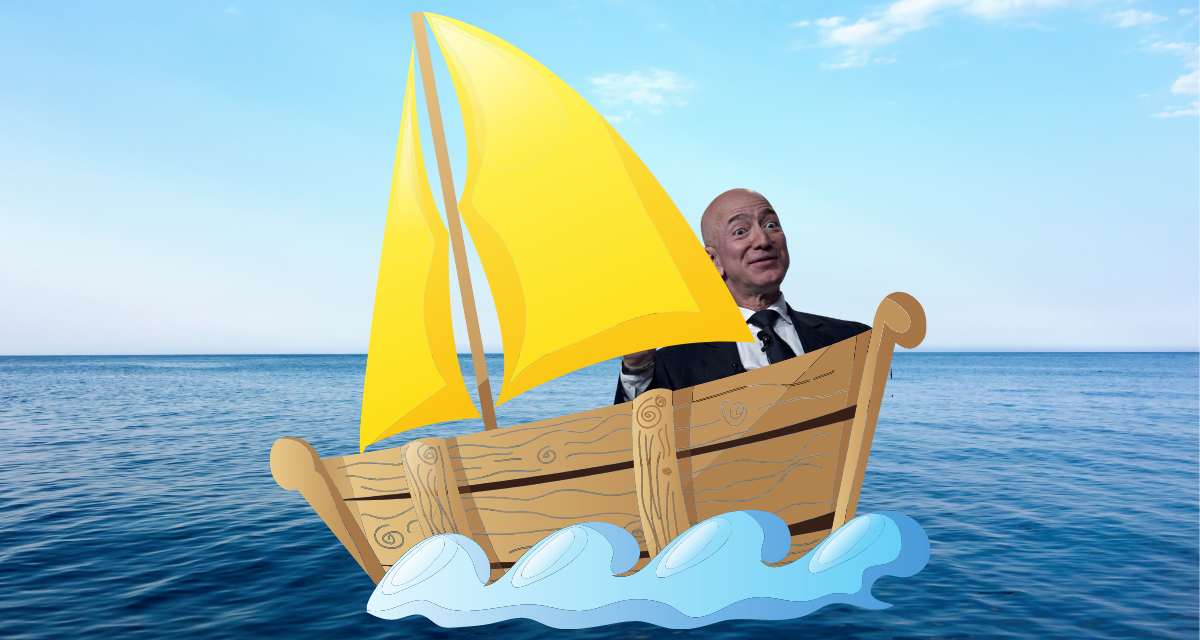 Not only are the rich different from you and me – they’re getting more different than ever.

I’m not referring to mere millionaires, but to the billionaire bunch. In the past year, while ordinary Americans have lost jobs, businesses, and homes due to the pandemic economic crash, America’s 664 billionaires have found themselves nearly 40 percent richer than before COVID! These fortunate few collectively added more than a trillion dollars in 2020 to their personal stashes of wealth. And practically all of them got so much richer by doing nothing – their money made the extra money for them, because corporate stock prices zoomed even as regular people lost income.

Take a peek at THE richest of these different ones: Jeff Bezos, the Alpha-geek of Amazon. He hauled in an additional $75 billion last year (roughly $37 million an hour). You could do a lot of good with such riches… or you could splurge on yourself.

Jeff splurged. He bought one of the largest sailing vessels ever built. More than one-and-a-third football fields long, the superyacht cost the diminutive mega-billionaire some half-billion bucks. Plus, he’ll pay some $60 million each year for operating expenses. Also, he had to buy a “support yacht” to sail along with his main boat. Why? Because the three sails on his 400-footer are so huge that a helicopter can’t land on the deck, requiring an auxiliary yacht to provide a helipad.

See, the rich really are different – where to park our helicopter while at sea is a problem you and I don’t have to face.

According to mega-yacht sellers, the main draw of these ostentatious purchases is that they reinforce inequality, literally letting the rich float in leisure and luxury, oceans apart from even having to see hoi Polloi like us.