What happened to America’s train system? 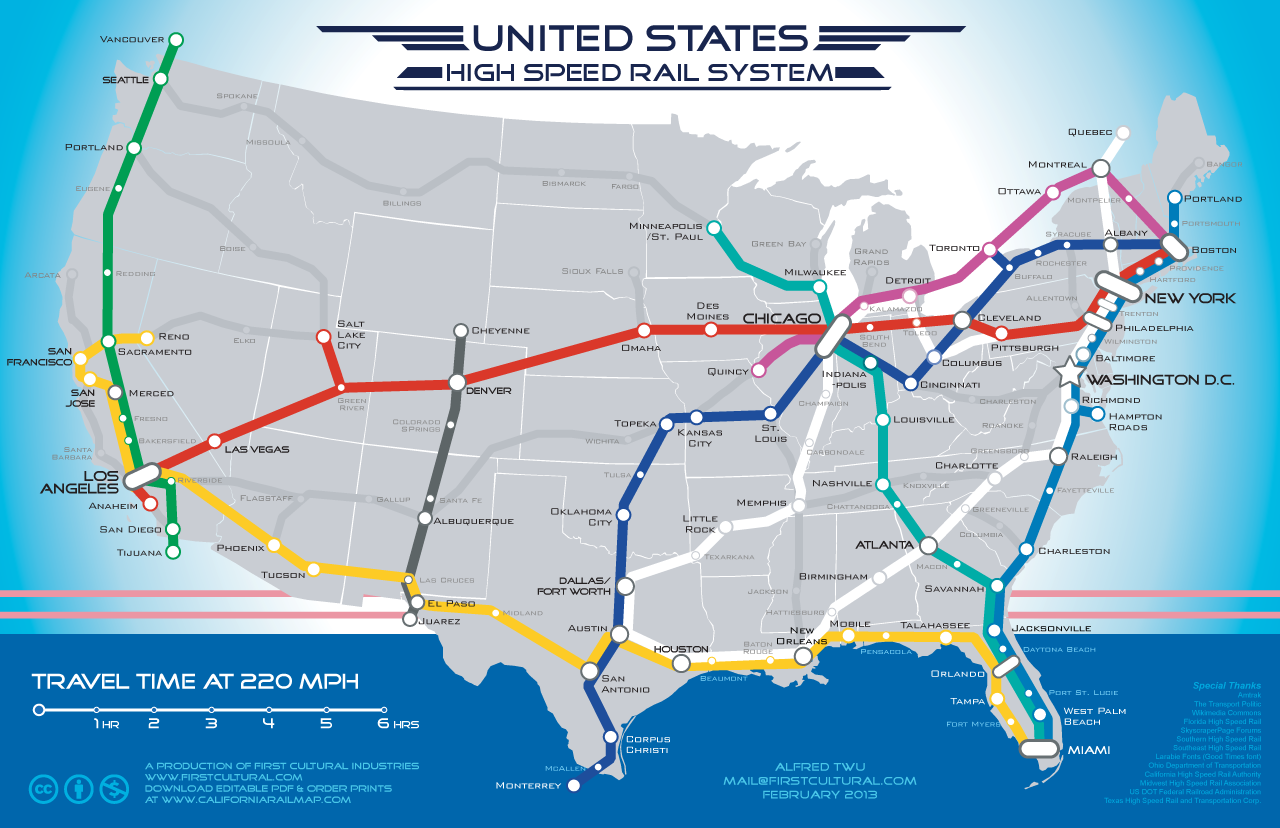 Why are we Americans stuck with an out-of-date railroad system, while nations with a small fraction of our resources are cruising on High Speed Rail (HSR) networks?

Because our leaders sold us out to corporate hucksters who destroyed our once-great passenger train system by telling us that we Americans deserve the “independence” that comes from a glorious new doctrine of one-person/one-car. Yeah – the independence of being stuck in traffic jams! As early as the 1930s, giant corporate consortiums formed to buy out more than 100 of America’s networks of streetcars and interurban train systems. Not to run them, but to rip out the tracks and pave over the rail right-of-ways to make roads.

The biggest of these consortiums combined the enormous political and PR power of General Motors, Standard Oil, Firestone, and Mack Trucks. Likewise, corporate profiteers mounted a new offensive in the 1990s to undermine the higher-speed potential of Amtrak’s Acela trains, funding such Koch-headed front groups as Cato Institute and Heritage Foundation to push hokey “analyses” branding Amtrak as a slow train to collectivist hell.

They also bought trainloads of politicians, who’re still promoting the fabricated studies and talking points of the petro-cabal to wreck as much of Amtrak as they can and derail fast-train proposals. Railroad executives themselves, preferring the oligopolistic and very profitable freight business to passenger travel, play along.

There is no economic, technological, geographic, budgetary, or conceptual barrier to our country having the best, most effective, state-of-the-art HSR service in the world. The reality is the US is in the caboose of transportation innovation only because special-interest politics continue to thwart our national will, leaving us with a rail system that is a national embarrassment.

“Travel that is fast and efficient – even fun? Let’s get on board with High Speed Rail,” www.hightowerlowdown.org, October 2015.